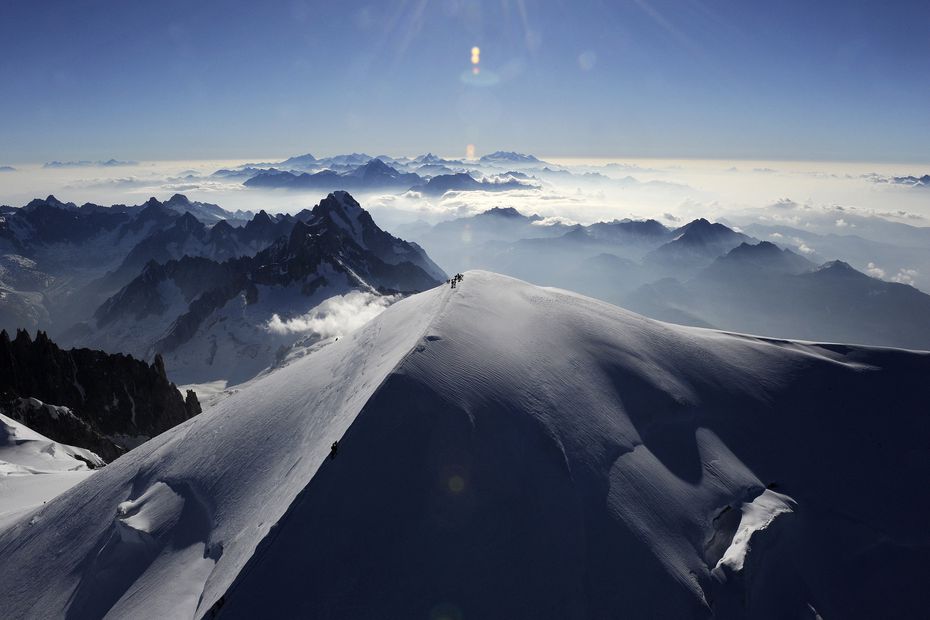 We asked ChatGPT, the artificial intelligence of the moment, where exactly the summit of Mont Blanc was. In France or in Italy? A question that divides on each side of the border. If ChatGPT gets out of the trap, it lacks accuracy when we go into detail.

Who owns the summit of Mont Blanc? For centuries, French and Italians have been vying for ownership of the highest point in Western Europe, at 4,810 meters. To put a stop to these claims, we asked the artificial intelligence ChatGPT who is on top.

For the past few days, this interface, developed by the American company OpenAI, has experienced significant success and some deviations. In Lyon, nearly 50% of students in the university’s Master’s degree in handicapology would have used the new artificial intelligence during the last exams.

The accuracy of this tool is amazing. He was able to thwart the few traps that we tried to set for him. At first, we asked him if Mont Blanc was in France or Italy, without mentioning if we were talking about the massif or the summit.

His answer : “Mont Blanc is located on the border between France and Italy. It is the highest point in the Alps and Western Europe, with a height of 4,810 meters.”

ChatGPT thus understands that we were talking about the massif. What about the top? “The summit of Mont Blanc is in France (…). However, it should be noted that the Mont-Blanc massif is shared between France, Italy and Switzerland”, responds the AI. It is therefore the Berezina for our transalpine neighbours: the summit is indeed in France.

But where exactly? There too, the question arises when the town of Chamonix is ​​known to be one of the gateways to the mountains. But artificial intelligence does not fall into the trap: the summit is well located in the town of Saint-Gervais: “The summit of Mont Blanc is located in the commune of Saint-Gervais-les-Bains, which is in the Haute-Savoie department of France. However, the town of Chamonix is ​​also very close to Mont-Blanc and is considered as one of the main gateways for hikers and mountaineers looking to reach the summit.”

To tickle ChatGPT, we asked him why the Italians claim that the summit of Mont Blanc is on their territory. And this is where things get a little complicated for the tool. His answer : “It is true that the Italians also claim possession of Mont Blanc. This is due to the geographical proximity of the summit to their territory, as well as the historical (sic) of the region which has seen many border conflicts between France and Italy, especially in past centuries.”

The artificial intelligence continues as follows: “The Italians have also argued that their mountaineers were the first to reach the summit in 1786, before the French. Furthermore, the Mont-Blanc massif is shared between the three countries, France, Italy and Switzerland. It is therefore important to note that this remains a matter of perception and historical point of view.”

Exactly, let’s talk about “historical point of view” : when ChatGPT asserts that Italian mountaineers “were the first to reach the summit in 1786” to claim ownership of the summit, he is far from right.

For good reason: no Italian mountaineer was part of the first expedition to the roof of Western Europe. To understand, we have to go back to 1760: “A reward is promised by (Horace-Bénédict) de SaussureGeneva scientist, for those who will reach the summit”recalls the company of Chamonix guides on his website. After several attempts, Jacques Balmat, born in the Chamonix valley then on the territory of the Duchy of Savoy, succeeded in the first ascent on August 7, 1786 in the company of Doctor Paccard, a doctor from Chamonix.

“From the valley, a group of travelers observe them with a telescope. The first of Mont Blanc has been made. The mountain is climbed by two ‘local children’. A peasant and a bourgeois, a guide and a passionate amateur. They descend the valley without drums nor trumpets”explains the guide company.

Many years later, two statues were erected in their honor in the Haute-Savoie commune. The only detail that can link this success to Italy: the Kingdom of Piedmont-Sardinia where Mont Blanc was located at the time had established its capital in Turin. It is therefore wrong to say that Italians have won the race: it is more accurate to say that two Savoyards are forever the first.

UNUSUAL. ChatGPT was asked if the summit of Mont Blanc was in France or Italy, and its answers raise questions