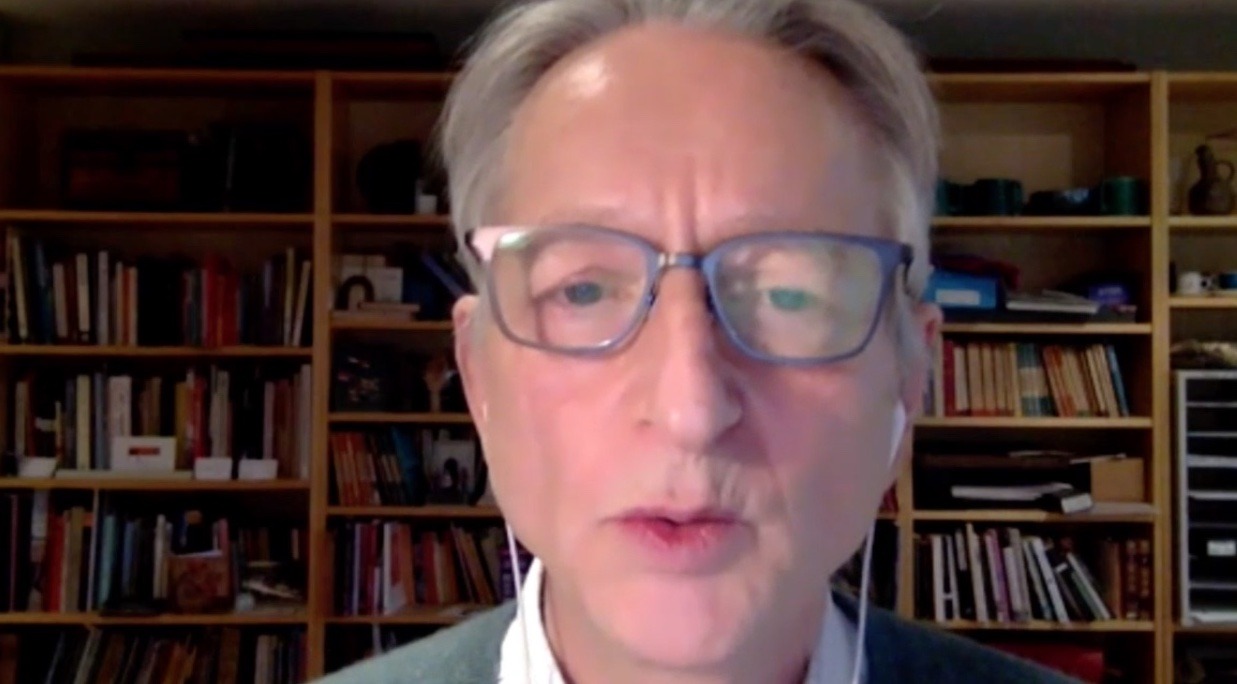 According Geoffrey Hinton, pioneer of AI, forms of artificial intelligence based on machine learning will revolutionize computer systems by creating a new type of union between hardware and software. Something to integrate an AI into your toaster, for example.

Geoffrey Hinton gave the closing speech last Thursday the NeurIPS conference (Neural Information Processing Systems) of this year, in New Orleans. He said the machine learning research community “has been slow to realize the implications of deep learning for how computers are built.”

Until now, all digital computers have been built to be “immortal”, that is, the hardware is designed to be reliable so that the same software runs everywhere. “We can run the same programs on different physical hardware. So knowledge is immortal,” explains Geoffrey Hinton. 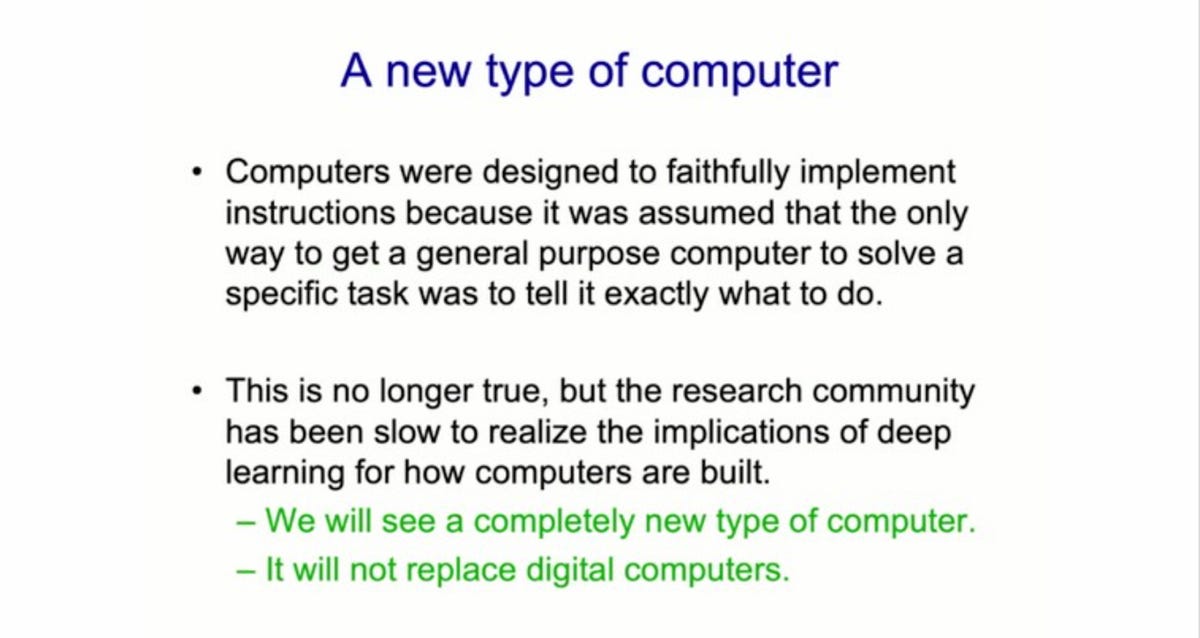 According to the AI ​​researcher, this requirement means that digital computers are deprived of “all kinds of variable, stochastic, unstable, analog properties, which could be very useful to us”. These properties would be too unreliable to allow “two different types of hardware to behave exactly the same at the instruction level”.

According to him, future computer systems, called analog, will take a different approach. They will be “neuromorphic” and “lethal”, which means that each computer will offer a close link between the software that represents the neural networks and the hardware that is messy, in the sense that it has analog rather than digital elements, and which may incorporate elements of uncertainty, and develop over time.

“We are going to renounce the separation of hardware and software”

“The alternative to that, which IT people don’t really like because it attacks one of their fundamental tenets, is to say we’re going to give up the separation of hardware and software,” he said. searcher. “We’re going to do what I call lethal computing, where the knowledge the system has learned and the hardware are inseparable. »

These deadly computers could be “grown”, he adds, getting rid of expensive chip factories. “If we do that, we can use very low-power analog computing and have three billion-way parallelism using memristors for weights (weights that are used to train AI models, Ed),” he says, referring to a decades-old type of experimental chip, which is based on nonlinear circuit elements .

“And also, we could grow the hardware without knowing the precise quality of exactly how different parts of the hardware behave. »

“You can have a conversation with your toaster”

The new deadly computers will not replace traditional digital computers, nuance Geoffrey Hinton. “It won’t be the computer that takes care of your bank account and knows exactly how much money you have. »

“It will be used for something else,” he says. “It will serve to put something as GPT-3 in your toaster for a euro, so that by running on a few watts you can have a conversation with your toaster. » 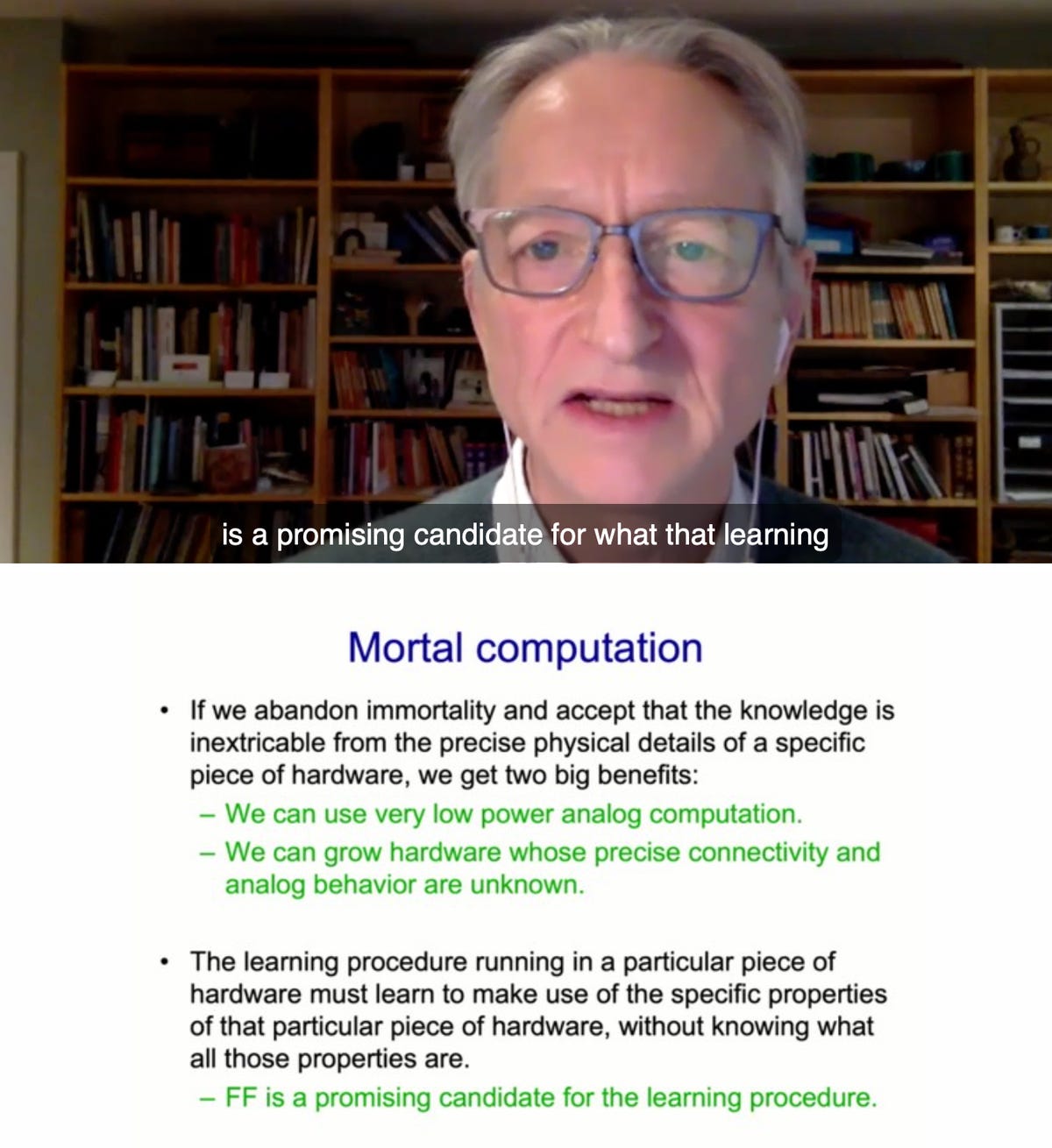 Geoffrey Hinton was invited to speak at the conference in recognition of his paper published 10 years ago, “ImageNet Classification with Deep Convolutional Neural Networks“, written with his students Alex Krizhevsky and Ilya Sutskever. The paper received the conference’s Test of Time award for its “tremendous impact” in the field of artificial intelligence.

The prophecy of a founding father of AI

The researcher, who also received the ACM Turing Award for Achievement in Computer Science – the equivalent of the Nobel Prize in this field – created the Deep Learning Conspiracy, a group that resurrected the moribund field of machine learning with fellow Turing Award winners Yann LeCun of Meta and Yoshua Bengio of Montreal’s MILA Institute for AI.

In this sense, Geoffrey Hinton is clearly a founding father of AI.

In his talk, Geoffrey Hinton also talked about a new approach to neural networks, called the forward-forward network, which does away with the backpropagation technique used in almost all neural networks. He explains that by removing backpropagation, forward-forward networks could more accurately approximate what is happening in the brain in real life.

A preliminary version of the work on forward-forward networks is displayed on the researcher’s page on the University of Toronto website (PDF), where he is Emeritus Professor.

And the forward-forward approach might be well suited to lethal computing hardware, he adds. “For this to happen, we need to have a learning procedure running on a particular piece of hardware. And we learn to use the specific properties of this material without knowing what all these properties are. »

“But I think the forward-forward algorithm is a promising candidate to perform this procedure. »

One of the obstacles to building the deadly new analog computers, he explains, is that people are so attached to the reliability of running software on millions of devices. “Every smartphone should start life as a baby smartphone, and it should learn to be a smartphone,” he suggests. “And it’s very painful. »

Even the most skilled engineers in this technology will be slow to abandon the paradigm of perfect and identical immortal computers, for fear of uncertainty. “Among the people who are interested in analog computing, there are still very few who are ready to give up immortality,” he believes. This is explained by the attachment to coherence, to predictability, according to him. “If you want your analog gear to do the same thing every time […] you have a real problem with this new technology. »

This AI Pioneer Announces a Whole New Kind of Computer, “The Deadly Computer”