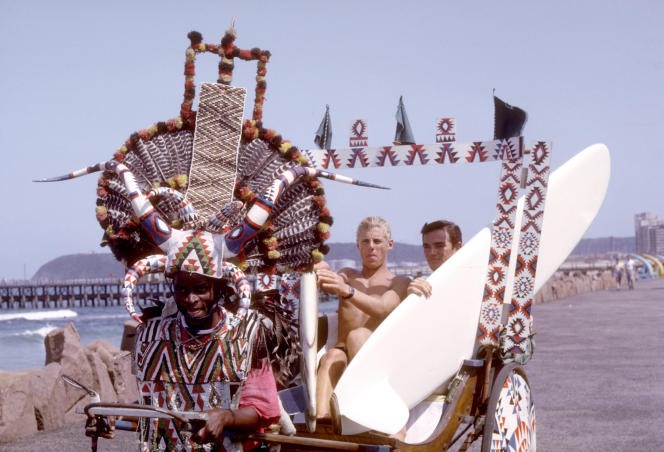 “Follow the summer around the world” : it was with this poetic ambition that an American documentarian passionate about surfing by the name of Bruce Brown left, in the mid-1960s, with surfers Mike Hynson and Robert August from California to Hawaii, passing through Africa, Australia and New Zealand, in search of the most beautiful waves.

Bruce Brown had already devoted several films to the king sport of the “cool attitude”, but it was this one that enjoyed the greatest success in the United States and internationally. It still remains one of the most famous emblems of a movement that is difficult to circumscribe, within which surf – practiced or imagined, in the cinema or to the sound of hits by the Beach Boys – appeared as the crystallization of an ideal of life in the sun and carelessness: the idea of ​​an open world, which one could have toured by following one wave after another, in the continuous present of eternal holidays.

These are the sweet feelings that continue to convey today The Endless Summer : a pleasure of cinema that a certain number of formal features (the enthusiastic voice-over, the omnipresent skipping music) make it a bit quickly to place in the vintage category, and which has nevertheless lost none of its invigorating virtues.

Beyond the slight distance that the grain of the film can establish, which we have lost the habit of, Bruce Brown’s images have remained breathtaking, and would have nothing to envy, neither for the variety of points of view nor for precision or for liveliness of movement, to the acrobatics of digital cameras mounted on drones.

More unexpected perhaps is the rediscovered pleasure of the voice-over – that of Brown, who will record no voice other than his own (even if he sometimes paraphrases the words of others). On a musical background in the form of a playlist for a summer in the sun, the very playful tone of the commentary sounds strange to the ears: it seems too bright not to be a little forced.

Enthusiasm is no longer a color we are used to. The uninterrupted chatter that Brown deploys over an hour and a half takes many forms: technical commentary (on the different types of waves or the boards used), mischievous micro-portrait of surfers, little jokes of all kinds (he introduces his friend “Terence of Africa” on the dunes, as in Lawrence of Arabia) and occasional imitations (Australian accent), ethnological observations.

The tone remains unchanged: an enthusiasm at times on the verge of jubilation, full of humour, behind which the documentary filmmaker’s whole personality seems to be read, or at least his happy obsession, this constantly renewed wonder at this subject he knows so well, and that it is so pleasant to discover or rediscover with him.

“The Endless Summer”, on OCS: two surfers in search of the perfect wave