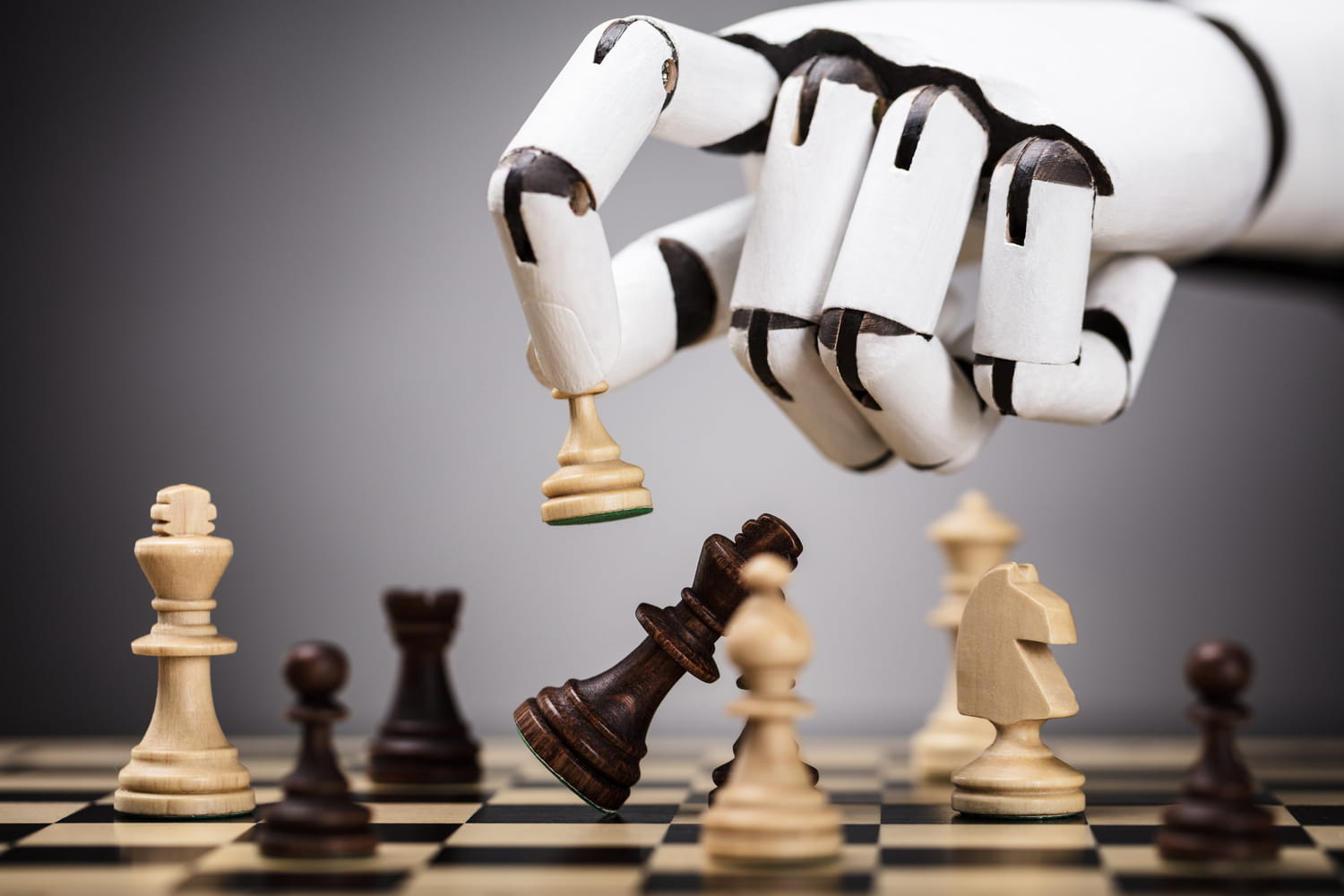 French champions can now count on a super AI in cloud mode. A technology that allows them to prepare their opening tactics a few hours before the matches, as soon as the opponents are known.

In 1997, the world chess champion, the Russian Garry Kasparov, was beaten by a machine: Deep Blue. A first. With 600,000 games in memory, the supercomputer from IBM analyzes 200 million strokes per second. Developed in 2014 by the company Deepmind (since passed into the bosom of Google), AlphaGo marks a new turning point. Designed for Go, a game counting 10600 possible games against 10120 for chess, it embeds an AI articulated around a artificial neural network. At the end of 2017, it gave birth to AlphaZero, which swept away Stockfish, one of the most popular training engines among chess players, so world champion in the discipline in the machine category. Since its version 12 released at the end of 2020, Stockfish has also integrated a neural network. Latest chapter: the French Chess Federation (FEE) took over Stockfish to install it on Microsoft’s Azure cloud. The goal? Benefit from an intelligent supercomputer in order to prepare for international meetings. The FEE notably plans to use it during the next World Team Chess Championship (the Olympiad) which will take place at the end of July-beginning of August. A tool that could indeed be a game-changer for the French women’s and men’s teams.

“Chess players have been using expert systems based on rules engines since the mid-1990s which, from a position, suggest moves based on the memorization of previous games”, explains Eloi Relange, President of the French Chess Federation. “With AlphaZero and the arrival of the AI, the machine began to unearth new strategies, to block the King for example, but also new moves.” It’s the surprise. We thought we knew everything about this game born in Asia between the third and sixth centuries of our era. Before integrating an AI, Stockfish followed the principle of brute force. For each position, a tree of possible moves was identified and evaluated. The volume of data to be analyzed therefore increased exponentially. A side effect compensated by the growth of computing power, but also by the elimination of branches deemed irrelevant by the players.

Available in open-source, Stockfish now brings AI to all players. All that remains is to have the necessary computer resources. “Having carried Stockfish on the clouds from Microsoft, allows us to free ourselves from limitations in terms of computing power”, argues Eloi Relange. The French Chess Federation benefits from the American group’s HB120rs machines, the largest in their category (CPU). An infrastructure that can analyze 200 million positions per second, against 20 million for a conventional high-end laptop, estimates the FFE. “Instead of 3-4 minutes to obtain a reliable position evaluation, the waiting time is reduced to 15 seconds, resulting in an analysis depth of 40 moves. Which is the time required for the human brain to understand the position”, reveals Eloi Relange. The result: fast, efficient and precise work. At the same time, the FEE continues to use the historical version of Stockfish. A brick which is certainly less creative in terms of strategy, but which makes it possible to study a much larger number of positions and possibilities due to a simpler and better optimized (and therefore faster) calculation method. “We will opt for this solution, for example, in the case of an opening close to the final to explore as many avenues as possible”, specifies Eloi Relange.

During the Chess Olympiad this summer, the preparers will have about fifteen hours to carry out their analysis work between the moment when the opponents are revealed and the meetings themselves. Hence the interest of having an AI in cloud mode. Thanks to the marriage of the neural networks of Stockfish and the Azure computing platform of Microsoft, this work will be carried out on time with a reliability never before achieved by France in the context of a world chess championship. “First, the trainer identifies the opponent’s style of play, then on this basis chooses an opening game to exploit his faults. Then, starting from the games referenced for this opponent, he deepens the solutions relating to the positions key by taking advantage of Stockfish on Azure. He then draws up a summary sheet for athletes” explains Eloi Relange. The main advantage of the machine? It will avoid moves that appear tactically interesting in the short term, but likely to lead to defeat, in favor of moves deemed less relevant at first glance but that can lead to victory in the long term.

“In France, we are among the first to offer this possibility”

“In France, we are among the first to offer this possibility to women’s and men’s teams. Until now, calculation in cloud mode was generally limited to the top 10 players in the world”, estimates the president of the FEE. While waiting for the Chess Olympiad 2022, Alireza Firouzja is the first Frenchman to benefit from the solution. Objective: prepare for the qualifying tournament to compete for the title against the current world champion (or Candidates Tournament). A tournament that will see the eight best players in the world compete and will be held from June 16 to July 5 in Madrid. Here, the technological challenge of benefiting from significant computing power in a limited time disappears insofar as the adversaries are known in advance.

An advantage in the competition

“From now on, we will have a de facto advantage in managing openings which represent an important stage in the game. But we must not forget that chess is more than that. Other factors come into play: the mental , the physical, not to mention the speed of reflection and the mid-game phases which are too improbable to be modeled by the machine”, insists Eloi Relange.

For the future, the FFE sees significant room for improvement. First track considered: to confront the AI-oriented chess engines against each other. A technique still little or not used in France which makes it possible to unearth strategies and unexpected positions due to the disparate styles of play of the different engines. Example: pitting Stockfish against Leela chess Zero. Another well-known neural chess engine, Leela is inspired by AlphaZero and its reinforcement learning technique. On the cloud side, the FEE intends to improve the execution performance of Stockfish on Azure in order to extract the maximum from each of the compute instances used. Another planned project: make the Stockfish-Azure couple available to preparers of players under 12 years old. An age group that excels with players among the best in the world in their category. Something to prepare for the future.