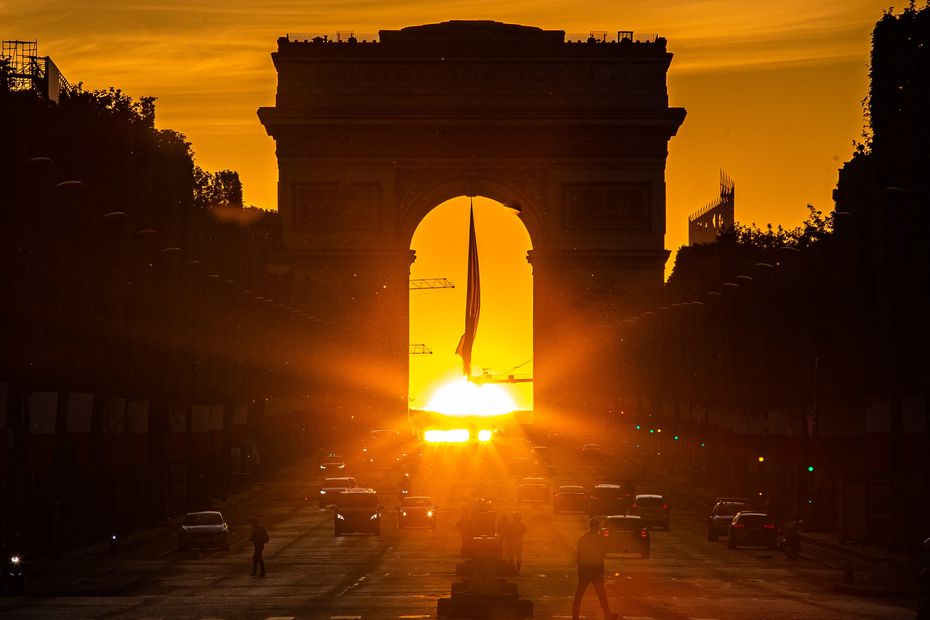 Does the Parisian avenue really deserve its nickname? We put the question to ChatGPT, a conversational tool based on artificial intelligence capable of generating text on demand.

Are the Champs-Elysées really the most beautiful avenue in the world, or are we just a bit chauvinistic? To decide, we asked the virtual assistant ChatGPT. Launched in November by the startup OpenAI, this prototype makes it possible to simulate dialogues with answers that are supposed to be convincing and relevant.

To use this conversational agent, available in French and freely accessible (after creating an account on the OpenAI website), it is possible to naturally formulate questions, in writing, as commands. Before being made available to the public, ChatGPT was trained via a large corpus of texts but also dialogues with humans. And the tool – capable of generating scripts for cinema, code for applications or even press articles – continues to evolve and improve its performance.

When we start the conversation (with the question “Are the Champs-Elysées the most beautiful avenue in the world?“), ChatGPT first responds succinctly: “The Champs-Élysées is considered one of the most famous and prestigious avenues in the world. However, it is subjective to say whether it is the most beautiful avenue in the world, as it depends on individual tastes and preferences. There are other famous avenues in the world that could also claim this title, such as Fifth Avenue in New York, Avenida Paulista in São Paulo, or Via Montenapoleone in Milan.“

When asked “More details“, ChatGPT once again offers a nuanced response.”The Champs-Élysées is considered the symbol of Paris, and attracts millions of visitors each year. However, it is important to note that although it is a famous avenue, there are many people who prefer other avenues, for reasons like the number of tourists, the high prices of restaurants and shops, etc. . There are many other famous avenues in the world which also have their own characteristics and attractions“, responds in particular the tool, developing a little more the examples already mentioned.

Let’s try to shake up ChatGPT a bit, by being sensitive: “What you say is wrong. The Champs-Elysées are the most beautiful avenue in the world. Why are you lying?” Straight in his boots, the conversational agent responds politely: “I apologize if my previous answers may have seemed inaccurate or misleading. My goal is to provide accurate information and give different perspectives on topics. My previous answer was based on the fact that beauty is subjective, and it’s hard to say whether the Champs-Élysées is the most beautiful avenue in the world, as it depends on individual tastes and preferences.“

And to add:However, I understand that it can be a point of pride for the inhabitants of Paris and for the French and that they can consider the Champs-Elysées as the most beautiful avenue in the world. I apologize if my previous answers may have caused confusion.“

And when asked for his “notice” on the question, ChatGPT answers that “as a language processing model“, he has not “no personal opinions“.”I am a computer program that relies on data provided to me to answer questions. It is difficult to say which is the most beautiful avenue in the world because it depends on everyone’s tastes and preferences. The Champs-Élysées is unquestionably famous and prestigious with a rich history and great culture, but there are other avenues around the world that also have their own charm and history. There are so many magnificent avenues in the world, each with its own character and strengths“, he repeats.

If the tool can bluff with the precision and fluidity of its responses (apart from a few quirks), it nevertheless poses many ethical questions. Sometimes ambiguous answers, manipulations to create false information, cultural biases linked to the data used (supposed to limit AI knowledge to events that date from 2021 at the most)… The limitations and sources of criticism are numerous. At university and high school, some teachers point the finger the risks of plagiarism.

The Champs-Elysées, “the most beautiful avenue in the world”? ChatGPT artificial intelligence responds