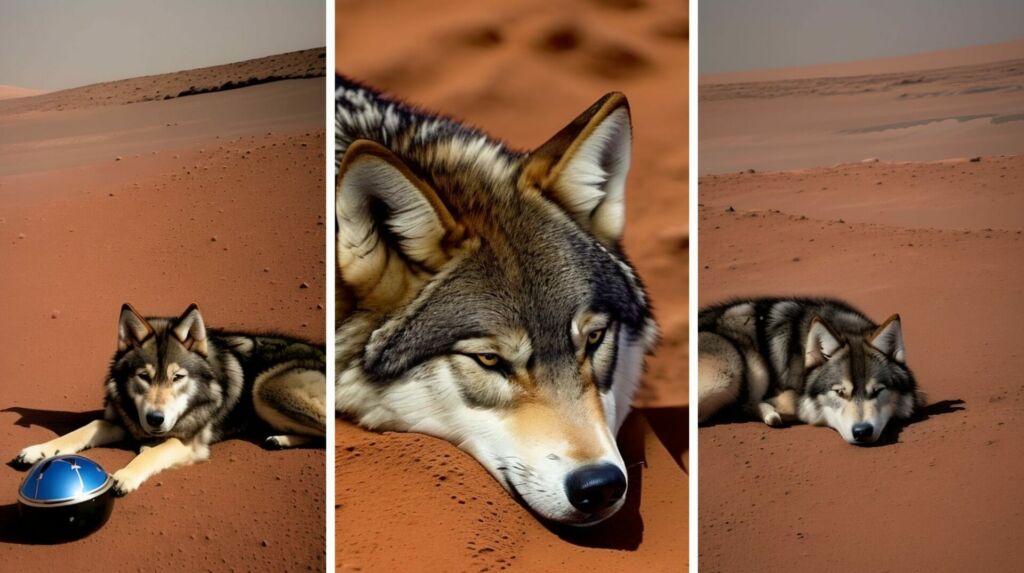 A prompt is a short text that directs an artificial intelligence to create an image or text. Still need to know how to write it. Follow our advice.

You see everywhere very beautiful images generated by artificial intelligence (AI) and perfectly chiseled texts, but, when you tried ChatGPT, Slab, rytr or MidJourney, your attempts turned out to be laughable? It’s probably because you don’t know the art of prompting. This term, still relatively unknown to the general public a few months ago, most often consists of a single sentence, sometimes two or three. Rarely more.

It is therefore a short text that tells an artificial intelligence what is expected of it. For example, for the creation of an image, one can imagine very varied prompts in themes but also in shapes. “A wolfdog asleep in a crater on Mars”, “Donald Trump playing magic dictation on the roof of the Empire State Building at sunset, digital art, wide angle”, “Donuts photographed with an SLR camera with a 35mm lens”…

Rather vague or, on the contrary, very precise instructions, whatever the prompt, each artificial intelligence will propose different answers… and which will vary with each submission of the same prompt. So there will always be this part of mystery, this magic in the way the AI ​​will react.

9 tips for a good prompt

Nevertheless, it is possible to learn how to make good prompts to ensure that the results will most often meet your expectations. ChatGPT was asked to define what a good prompt is, whether for text or an image. Here is his response: “A good prompt is clear and concise and provides enough information for the AI ​​to understand what it is being asked to do. It must also be specific and relevant to the subject matter. »

1. Start with a clear verb or term

The beginning of the prompt must go straight to the point to gain efficiency. Start with a verb that clearly indicates your goal, such as “describe”, “explain”, “compare”, “summarize”, “justify”, “draw” or a simple term “a photograph”, “a poster », « a meme ».

2. Anything not written in the prompt will be a surprise

Whether it’s for an image or a text, if you don’t specify the colors or the desired tone, then the AI ​​will decide for you. So if you have a specific idea in mind, do not hesitate to give as much detail as possible. Context and details will matter. For an image, rather than “flower in a field”, describe as many details as possible. Such as “single flower about to bloom in a very green field at the edge of the forest with a blue sky and the sun rising on the horizon”. For a text, the principle is the same. For example, instead of saying “Write about a time when you felt happy”prefer “Describe a specific event that made you happy and explain why it had such a positive impact on your mood”.

3. Write your prompt in a positive tone, not a negative one

The experiment shows that an artificial intelligence better manages the prompts turned in a positive way. Indicate therefore preferably what you want and not what you do not want. The models developed tend to ignore terms like ‘except’, ‘except’, ‘without’, ‘but’. So keep that in mind when writing your prompt.

4. Put some feeling into it

These artificial intelligences seem to understand strong feelings and themes with mystical connotations quite well. So don’t hesitate to add details to the prompt about the overall atmosphere (joyful, serious, romantic, end of the world, etc.) or characteristics about the character of the character (motivated, disillusioned, hesitant, etc.).

“Early Morning in the Fog”, “a psychedelic teacher”, “in the rush of the Christmas holidays”… These are all small details that will be important to bring a special touch to an image or text.

6. For a visual, specify a maximum of criteres

In addition to the subject of the image, remember to indicate whether you want a photo, a drawing, a 3D rendering or a painting effect. You can also notify the texture and the dominant color (or if the visual should be in black & white). Then think about the framing (wide-angle, macro, fisheye…) and the type of lens (50 mm for a portrait is a good idea). Finally, you can indicate where the main subject of the image will be placed (full center, shifted to the right, etc.).

7. Take inspiration from the greatest artists

You can ask the AI ​​to adopt a style inspired by a famous artist. Like Banksy or Leonardo da Vinci, for an image. By Michel Houellebecq, Jack Kerouac or Amélie Nothomb, for a text. Better, you can even ask him to combine two styles. Keith Haring and Vincent van Gogh for example.

Avoid using technical jargon or complex language that might be difficult for the AI ​​to understand when submitting a prompt. Keep the prompt simple and direct, so it’s easy to follow.

It is the principle of “test & learn” : it is only by multiplying the prompts that you will understand how it all works. It takes a bit of patience (and sometimes luck) to get to the right prompt and the AI ​​generation that’s right for you. Even the most accustomed to “prompters” never find the right prompt the first time. Also, artificial intelligence works in its own way. A good prompt for one will not be effective on another. By dint of testing them, you will undoubtedly end up finding the one that suits you best and provides the best results according to your criteria.

The art of the prompt: 9 tips for guiding generative AIs


Explore our social media profiles and also other related pageshttps://yaroos.com/related-pages/