After a few years where the coronavirus pandemic dominated the world scientific scene, we have witnessed in 2022 amazing scientific discoveries that have changed our perception of the universe.

Solar and Lunar Eclipses: when will they occur in 2023? 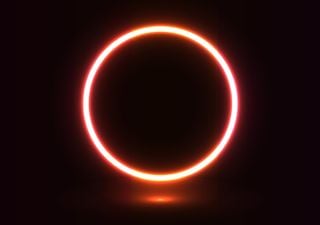 Whether it’s knowing what the brain is capable of or discovering the enormous potential of artificial intelligence; to understand why humans age or how to deflect the asteroids that threaten our planet; to manipulate light to improve the speed of data transmission or to understand that we have underestimated the impact of climate change.

Here is an overview of 10 scientific discoveries and technological breakthroughs the most surprising of 2022.

Researchers from Cortical Labs, in Australiacultured brain cells who independently learned to play the now legendary 1970s video game, Pong. These cells have been shown to improve their technique the longer they play.

If these “mini-brains” were developed in 2013, it is the first time that they are connected and interact with an external environment, in this case a video game. The researchers believe that this experiment could provide valuable information for studying neurological diseases such as epilepsy and dementia, as well as for assessing the effect of drugs, alcohol or medication on the brain.

The deepest image of the universe

Stationed 1.5 million kilometers from Earth, the largest telescope in space has begun taking its first images. The space telescope James Webb (JWST) is a space observatory jointly developed, built and operated by the European Space Agency, the Canadian Space Agency and NASA to replace the Hubble and Spitzer telescopes. The JWST offers unprecedented resolution and sensitivity, making possible the deepest view of the universe ever seen.

This is galaxy cluster SMACS 0723 and it is packed with thousands of galaxies, including the smallest and faintest objects ever observed. Webb’s image is the size of a taut grain of sand, a tiny slice of the vast universe.

Finnish scientists have found evidence that men age faster than women, and that men are biologically four years older than women at age 50.

This “aging gap” also exists between men and women in their twenties.

Researchers from Yale University, United Stateswere able to detect involuntary muscle movements, motor functions and were able to restore blood circulation seven hours after induced death in pigs. Although no electrical activity indicating the presence of a conscious state has been detected, this research may help prolong the viability of human organs for transplantation and increase the availability of donor organs.

The “miracle” is due to a sapphire blue solution, part of a new technology called OrganEx, a device that mimics the vital functions of the heart and lungs.

Although this technology is still under development, the first results are promising. The next steps will involve transplanting OrganEx-treated porcine organs into living pigs to test their function.

Not one, but two asteroids wiped out the dinosaurs on Earth.

The discovery of a crater indicating the impact of a large, hitherto unknown asteroid, 480 kilometers off the coast of West Africa, provides new clues about the mass extinction that wiped out more than three-quarters of the species on Earth, including all dinosaurs except birds.

Everything suggests that this gigantic underwater crater in the North Atlantic, with a diameter of nearly 9 kilometers, may have hit Earth around the same time as asteroid Chicxulub, so far the only “responsible” for the extinction of the dinosaurs.

In September, NASA has successfully completed its Double Asteroid Redirection Test (DART). DART was launched against a small asteroid at more than 28,000 kilometers per hour, and the impact changed the orbit of the asteroid which revolved around its parent asteroid.

NASA’s long-term goal is to develop asteroid deflection technology as a form of planetary defense against potentially catastrophic impacts in the future.

Microplastics in the human body

By analyzing samples of donated blood, scientists have found microplastics that may have been inhaled or ingested, as well as plastic fibers in the lungs of operated patients.

Plastic, an indispensable element of modern life, is everywhere on the planet, from the ice of Antarctica to the depths of the oceans, including the summit of Everest.

Microplastics have been shown to cause damage to human cells, allergic reactions and cell death and have become a global health problem.

This year’s Nobel Prize in Physics has been awarded to Alain Aspect, John F. Clauser and Anton Zeilinger for their work on quantum entanglement. Quantum entanglement is a phenomenon in which two particles are intrinsically linked to each other, regardless of their physical distance. The scientists’ work involves a breakthrough in quantum computing, which is considered to be the next frontier of our digital world.

Quantum computing relies on the principles of superposition of matter and quantum entanglement to develop a type of computing that is totally different from traditional computing. Quantum computers have the potential to solve problems ranging from the discovery of drugs that can target very specific types of cancer, to the creation of new materials, to artificial intelligence and improved weather and climate forecasting.

To get an idea of ​​what is being achieved, this is equivalent to transmitting all the data that exists on the internet in just under a second. Although there is currently no computer capable of receiving so much data in such a short time, this could be possible in the not-too-distant future, helping to reduce the carbon footprint of the internet and revolutionize the world of communications.

Climate change and its effects on health

Climate change and its inherent risks are already at work. The United Nations Intergovernmental Panel on Climate Change has published a report stating that by 2100, three-quarters of humans on the planet could regularly suffer from extreme heat stress.

Air pollution increases the risk of increased lung damage, while blood-borne vector-borne diseases, such as mosquitoes and ticks, are expected to increase. This report highlights the need to drastically reduce emissions and highlights the imperative to adapt to a warmer world before it is too late.

The 10 most impressive scientific discoveries of 2022!