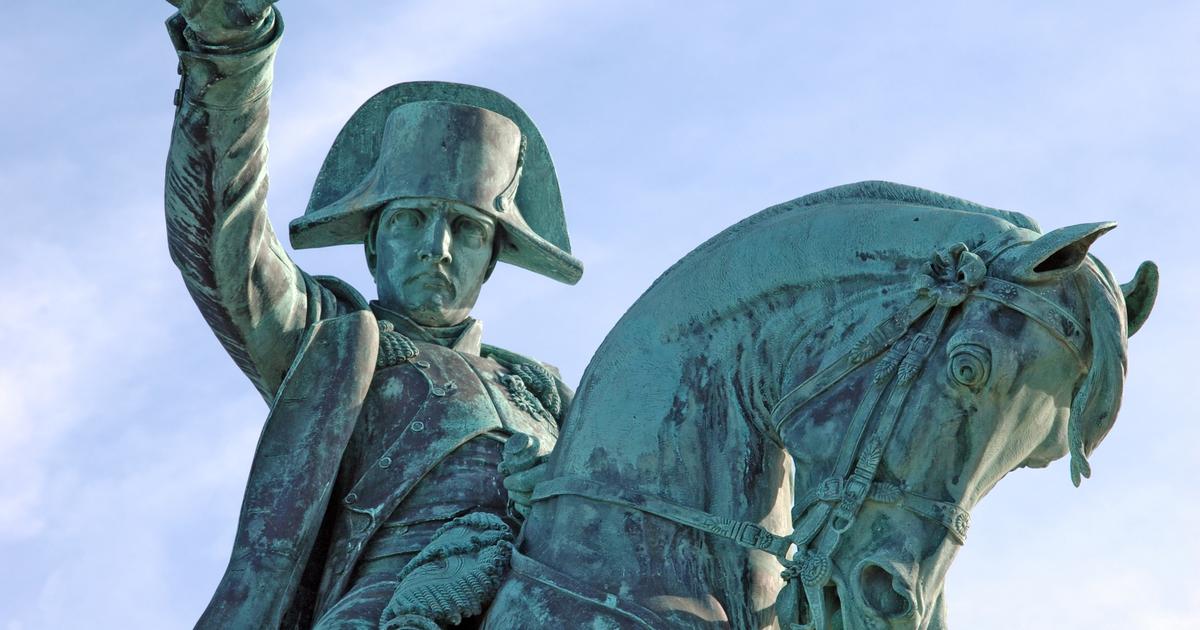 FIGAROVOX/MAINTENANCE – The Vestigia laboratory has just developed an artificial intelligence in the hope of reviving, digitally, the Emperor. For Raphaël Doan, co-founder* of the project, technology and the humanities are at the dawn of a new era of reciprocal progress.

Site author “What would Napoleon have thought?” Raphaël Doan co-founded Vestigia with Arthur Chevallier and Baptiste Roger-Lacan, a laboratory devoted to history and new technologies.

In addition, he is an associate professor of classics, a former student of the École Normale Supérieure and the ENA. He published When Rome invented populism (Cerf, 2019), but also The Dream of Assimilation (Past compounds, 2021) and The Age of Augustus (What do I know? 2022).

FIGAROVOX. – Raphaël Doan, you are a normalien, agrégé in classics, author of books on antiquity, and yet you have launched a site based on artificial intelligence, to bring Napoleon back to life. Is technology compatible with knowledge and the humanities?

Raphael Doan. – I believe not only that they are compatible, but that they are at the dawn of a new era of reciprocal progress. Technology can help the humanities, and vice versa. One of the most impressive inventions of the last few years are the great language models, these text-synthesizing artificial intelligences that can talk about anything and everything coherently, as well as the text-synthesizing artificial intelligences. image, which are able to produce illustrations or photographs at will from textual instructions.

Today we are at a very early stage, but the results are already impressive. With this AI of Napoleon, which is still very far from being perfect, one discerns all the same characteristic features of the Napoleonic style, with some quirks which can make it very funny. But beyond this small experiment, soon AI will be able to navigate through huge amounts of data, archives, historical and scientific parameters to make new discoveries, to reconstruct scenes, to literally discuss with sources . This opens up immense possibilities.

Isn’t the reign of high technology precisely the opposite of classical civilization, inspired by Athens and Rome, embodied by books and the transmission of knowledge?

What is interesting with these tools is precisely that they are based, for their use, on the mastery of the text: you have to know what to ask of them, and how, which is not always easy. Knowing the language and its use well – the work of literary people in short – becomes a real asset for using these new computer tools. But above all, it will give to researchers, to the authors, to the thinkers of the assistants of an unknown genre, as if they had in their pocket an entire workshop of writers to whom they could assign tasks or discuss the relevance of such and such an idea. It’s a new era, but after all, the Greeks and Romans themselves had imagined working with robots: Aristotle imagined a world where “each instrument could, on an order received, or even guessed, work by itself, like the statues of Daedalus” ; and he considered that “if the shuttles weaved by themselves, if the bow played the cithara by itself, entrepreneurs would do without workers, and masters, slaves”.

Artificial intelligences write, think, draw, will soon play music. How to organize the coexistence between a human being by nature creative and these machines?

We could discuss the question of knowing if it is really characteristic of the human being to be creative. After all, machines already produce content that is singular and new – an AI-produced image is never a carbon copy of a pre-existing image – and humans never produce without inspiration or prior references. What is clear is that at this stage, what is still specific to the human being is the will and the intention. The machine wants nothing, doesn’t want anything, doesn’t want to do anything, she just waits for an order. She’s not going to create paintings or novels herself, someone has to tell her what and how to work. Admittedly, this means that we will work less “by hand”. But even in literary or artistic matters, it is not as problematic as some believe. After all, no one today denies a film director his artistic role; yet he only coordinates other people’s work and doesn’t create anything himself, some never even touch a camera.

I think similarly, in all creative fields, most people will behave like directors with an army of artificial intelligences at their service. And it will not be less interesting! Although there will also always be a place for the “handmade”, as there is always a place for live music as we have had recordings for over a century.

How did you go about creating “What would Napoleon have thought? », this one-of-a-kind application?

The site is based on GPT-3, the OpenAI model, which is the best text synthesis artificial intelligence publicly available today. She was also the one who wrote part of the code to me… In practice, when the user asks Napoleon for his “opinion”, several rather complex instructions are given to the AI ​​so that it knows exactly what she is asked, how to answer, what references she should make, etc. In particular, she received examples of speeches and words from Napoleon so that she can imitate his style. Then the result is returned to the user. What’s funny – but will have to be corrected someday – is that GPT-3 has a tendency to imagine facts when it doesn’t know them precisely. It may happen that he invents a historical event or a quote. It may be funny, but it will be a lot of work to master this uncontrollable character of the AI ​​production to be sure of the veracity of what it says, especially for historical work.

One day it will be possible to give someone the impression that they have really traveled back in time and are in Rome in the 1st century BC or on the battlefield of Austerlitz.

After launching this AI devoted to history, are you preparing other work of this magnitude?

Yes, “What would the Napoleon have thought” is a small test, but there is a lot to do in this area. That is why, with my comrades Arthur Chevallier and Baptiste Roger-Lacan, who also come from the world of history, we founded Vestigia, a laboratory intended to imagine future experiences that will make it possible to discover history in a new way thanks to technology. Between the yet to come advances in artificial intelligence and virtual reality, we can imagine some really great things. One day it will be possible to give someone the impression that they have really traveled back in time and are in Rome in the 1st century BC or on the battlefield of Austerlitz. It will be an amazing experience.

How do you respond to those who accuse you of wanting to replace humans?

It is clear that many professions will be forced to disappear or to change very considerably due to advances in artificial intelligence. But that doesn’t mean humans themselves will be replaced; on the contrary, artificial intelligence will give them new and unprecedented possibilities. I think it is better to see it as an increase in power and creation than as a threat – and then, in a very concrete way, it will remove a lot of repetitive or tedious tasks that we will be happy to be rid of. We may start to worry if we get to the point where a general artificial intelligence becomes capable of acting entirely autonomously and wants to harm us, but that is another subject, still quite a long way off.

“Thanks to artificial intelligence, it will soon be possible to travel through the centuries”