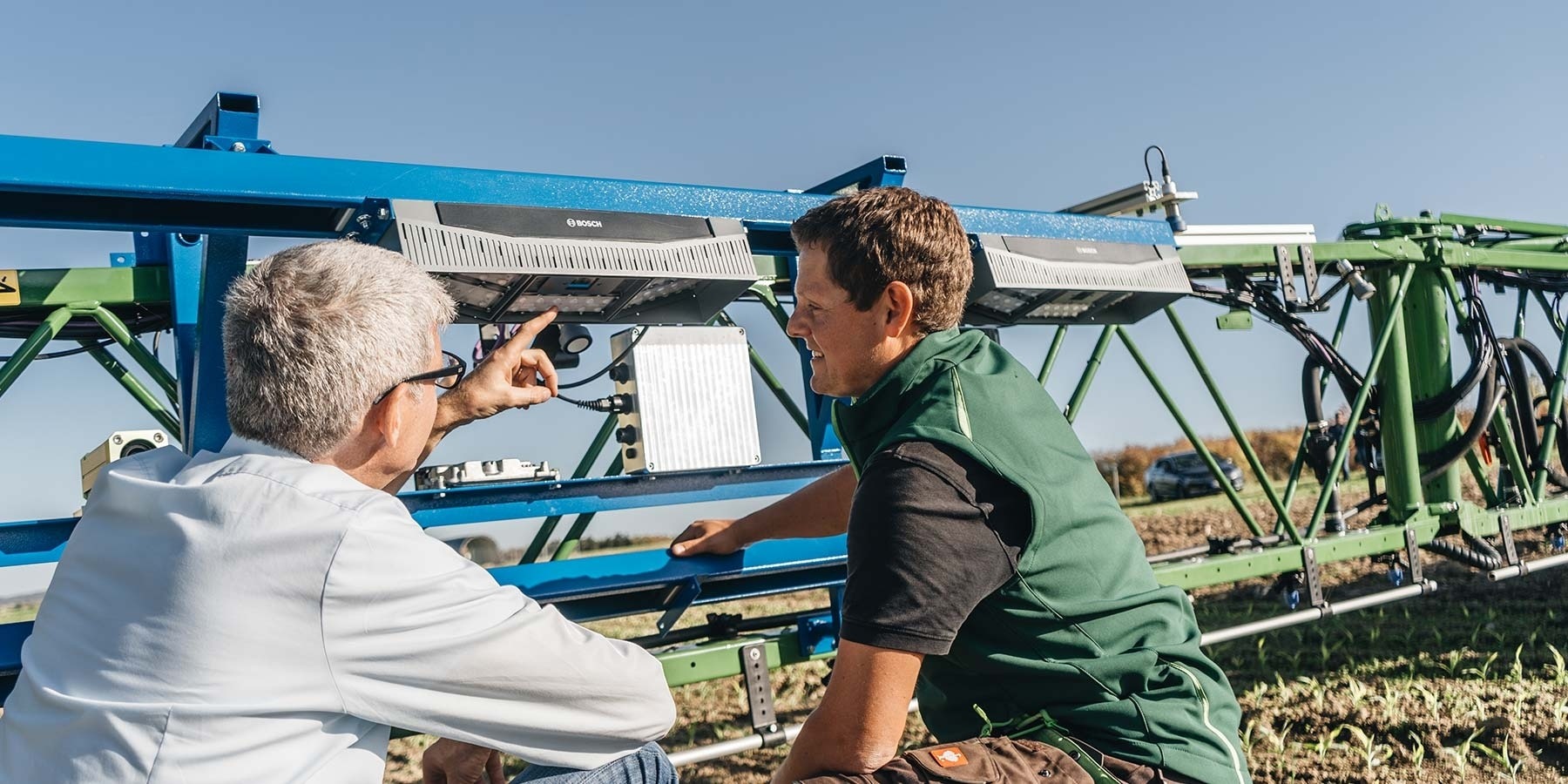 Smart Sprayer or the cooperation of three German companies, and not the least, at the service of food sovereignty and sustainability: Bosch, Basf and Amazone are preparing to market a technology likely to drastically reduce the dose of herbicide, through treatments targeted and automated.

Smart Sprayer will be launched in France from 2024 on corn and sugar beets, before sunflower and soy. Species whose spacing between rows (> 35 cm) is a good introduction to localized spraying. The technology allows for pre-seeding (green on brown), post-seeding/pre-emergence and post-emergence (green on green) treatment. The system can detect weeds from a size of 6 mm. From 2025-2026, Smart Sprayer should be available for the weeding of cereals and rapeseed sown with reduced spacings. It can then be extended to fungicide and liquid fertilizer applications.

Bosch provided its expertise in imaging while Basf demonstrated its agronomic intelligence, via its digital solution xarvio Field Manager. Amazone has put its finishing touches on the on-board technologies of its UX sprayers.

Using artificial intelligence, Bosch sensors differentiate between cultivated plants and weeds. Active LED lighting makes it possible to obtain, day and night, a good detection rate without the impact of variations in natural lighting. Each camera scanning a width of 1.10 m, the processing of measurements in 4 channels allows an accuracy of the order of 25 cm. The OAD xarvio Field Manager calculates the weed rate in real time and feeds a decision engine that takes into account crop, application timing and field-specific strategy for weed treatment. Then load the Pulse Width Modulation (PWFM) jet holders and their SpotFan 40-03 nozzles positioned every 25 cm to treat per spot, with an angle of 40°, all up to a speed up to 12 km/h. The time lapse between recognition and processing is 300 milliseconds.

According to Basf, the use of xarvio Field Manager makes it possible to precisely adapt the sensitivity thresholds of the sensors and thus to pass from savings of 20 to 30% of herbicides, in the case of use of detection / spraying technologies only, to 70% by integrating the analysis of data from the OAD.

As an option, the UX SmartSprayer can be equipped with two tanks as well as two associated spraying systems mounted on the boom, in order to allow the simultaneous application of two weed control products in a single pass. One is a conventional continuous spray system which allows the application of a root herbicide to the entire surface. The second, controlled by the UX SmartSprayer technology and connected to the front tank of the sprayer, allows the targeted application of a foliar herbicide only on the weeds detected by the sensors. A saving of time and efficiency for the farmer, according to the promoters of the technology.


We have our social media profiles here as well as other pages on related topics here.https://yaroos.com/related-pages/