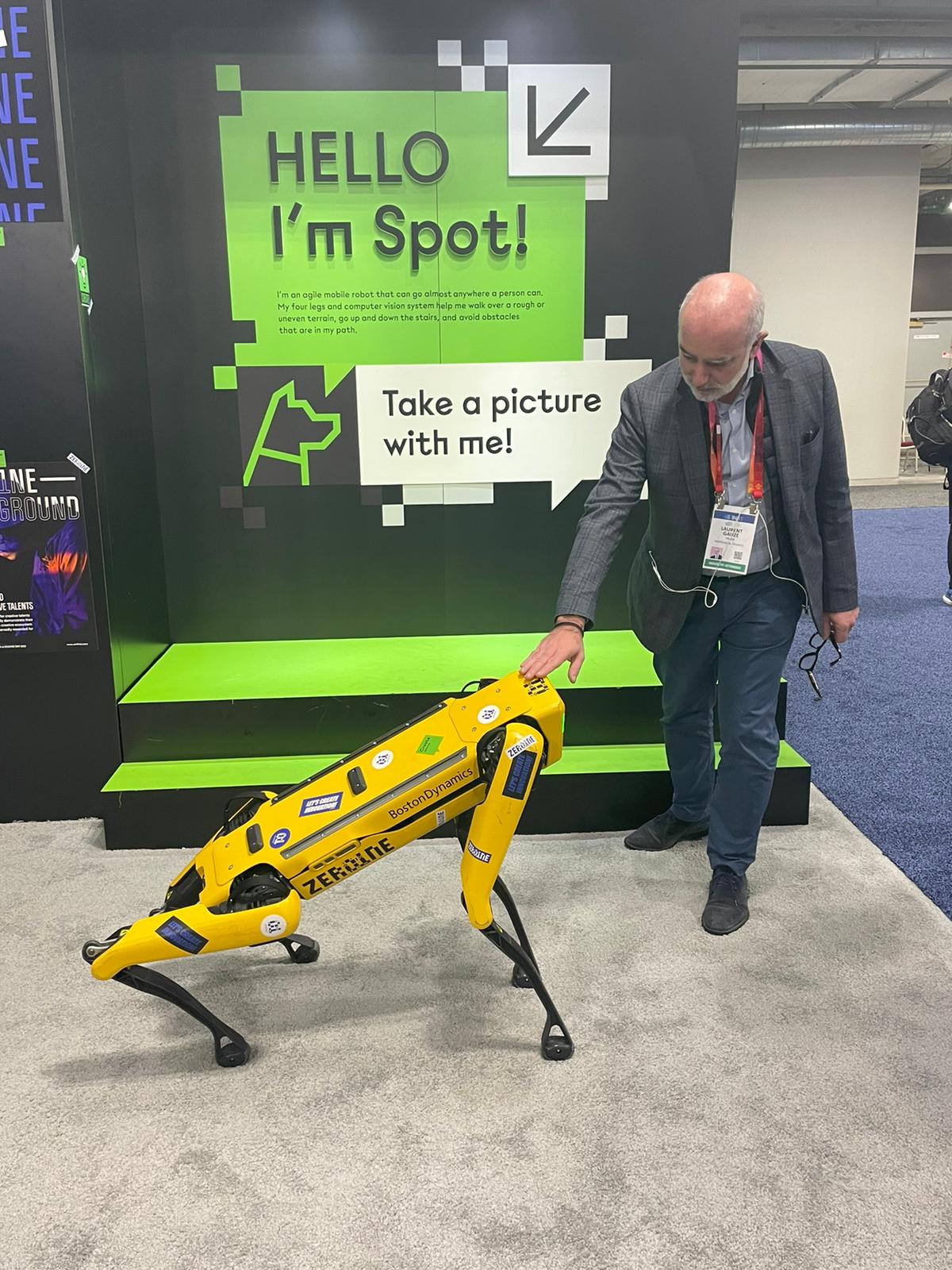 From January 5 to 8, Laurent Gauzepresident of the PO Chamber of Commerce and Industry (CCI66) and 2nd vice-president of the Perpignan Méditerranée Métropole Urban Community (PMM) in charge of the Economy, took part with a delegation of business leaders from Roussillon at the show held in Las Vegas (USA) and which presents the latest technological innovations in the field of consumer electronics, automotive and industry, the famous CES: Consumer Electronics Show. We collected his impressions regarding this 2023 edition… 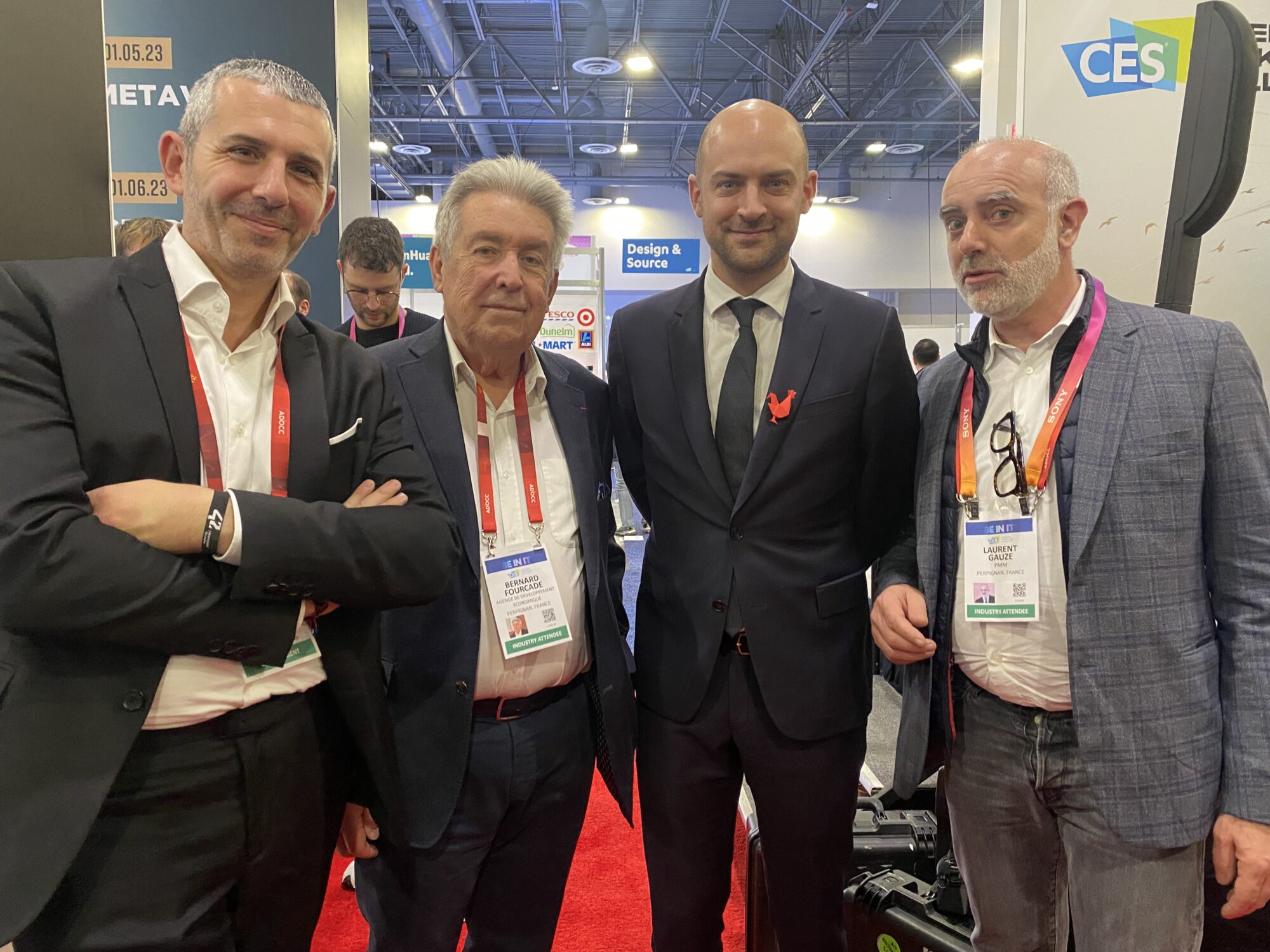 Eric Cuccia, consular delegate of the CCI66, Bernard Fourcade, president of the Pyrénées Méditerranée Invests Economic Development Agency (ADE-PMI), Jean-Noël Barrot, Minister Delegate in charge of the Digital Transition and Telecommunications, Laurent Gauze, Vice- Chairman of PMM and in charge of the Economy.

-This isn’t the first time you’ve been to CES in Las Vegas. What impresses you the most every time?

Laurent Gauze: “The Energy, or rather the energies that swarm on the spot. It’s impressive. One has the impression of being at the heart of a factory of change, haloed by a whole host of workshops, where all technological challenges are possible. Everybody is here ! Many companies, whatever their size, their identity, their sector of activity, are there. I confess to being impressed each time, I have the feeling of constantly traveling in a land of innovation. The French presence has become an inseparable marker of this global meeting. French excellence, French intelligence, are recognized each time a little more by the organizers of the CES, they increase in skills and, this year again, our region was not left out. The ease of contact with major prescribers, the bosses of large groups, is also an asset that does not leave anyone indifferent ».

–What innovation caught your attention the most this year?
Laurent Gauze: “Without hesitation, artificial intelligence and the robotization of increasingly fast, increasingly autonomous objects. Home automation as a whole. I would add that the show, in a few years, has gone from a convention on innovation to a global meeting of responsible innovation”.

-In terms of contacts, for our local businesses, what do you think?

Laurent Gauze: “It’s up to them to tell you!… Sincerely, I think that each year, and without a doubt this year more than the previous ones, the contacts have been at the highest level. The Eureka Park hall, where all French Tech companies traditionally settle, has certainly never received so many visits from national and international decision-makers; it’s a showcase on the world, a summary of the world of tomorrow!
I must say that the presence of the Collectif de Perpignan becomes natural, almost automatic from one year to the next, in the environment of the CES. It is important to point this out, to insist on this observation, because now Perpignan and its area of ​​influence are becoming easier to locate on the Digital and Digital world map, in the concert and competitiveness of innovative territories. I would use, if you allow me, the formula of Brice Teinturier, Deputy CEO of IPSOS: “The question is not whether digital is an option but how to seize it”!

Meeting at the show with former Perpignanese at the head of start-ups: among the great encounters Ko Social Network, Adilie Seitmemetova and Tomy Spagnoletti Duval, who worked in Perpignan and his co-working, Bureau&Co!, alongside Eric Cuccia , Terence Gusse, Bernard Fourcade…

Presentation of the territory within the French-speaking villages.