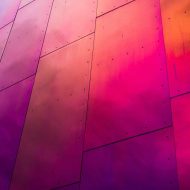 Sam Altman, one of the founders and leader of capped-for-profit organization OpenAI, expects his entity to generate nearly $200 million in revenue in 2023 and nearly $1 billion in 2024. The company is currently doing very well thanks to the release of its two flagship applications: DALL-E 2 and ChatGPT, which is attracting investors.

The technologies and the success of OpenAI interest

According to information from Reuters and Wall Street Journal, one of the founders of OpenAI, in the person of Sam Altman, expects his organization’s income to increase drastically. In a presentation to investors, the company said it would cross the billion dollar mark within two years.

In the same category
What is the adoption rate of AI in 2022?

Building on the success of its latest tools, OpenAI is inevitably attracting investors. In recent years, Microsoft had decided to invest in the company specializing in artificial intelligence to the tune of one billion dollars. Satya Nadella’s firm wants to rely on OpenAI skills to develop their own applications thanks to its GPT-3 language model. In return, Sam Altman’s company can use the cloud services offered by Microsoft with Azure. In recent months, the tech giant has made no secret of its interest to get a little closer to OpenAI.

The organization is currently in advanced talks to sell some of the shares held by its employees. All shares of the company are estimated to be between 14 and 20 billion dollars.

It is in July 2020 that OpenAI launches GPT-3, a powerful language model composed of 175 billion parameters. Upon release, he becomes the largest language model ever trained. This tool can be used by developers to develop natural language processing applications. This is what Microsoft did in particular to allow novice programmers to code in natural language.

Thanks to GPT-3, OpenAI has been able to develop two new applications that have been talked about. First of all, DALL-E 2. It is an image generator that takes into account the elements of an image in order to provide its enlargement. A user can provide a textual description of what he expects from the model and the AI ​​will generate an image taking into account all the characteristics listed previously. The tool is available in the form of an API since November 2022.

But above all, the ChatGPT application. This chatbot has the particularity of exploiting an improvement of GPT-3, a kind of GPT-3.5 which suggests the arrival of GPT-4 in the coming months. A user has the possibility of asking a question to the artificial intelligence which will then answer him with as much detail as possible. All this is possible thanks to reinforcement learning which remembers its errors in order to avoid them or its correct answers in order to provide them again if necessary.

These two tools have been wildly successful this year. A month after its launch in beta, OpenAI had more than one million users for DALL-E 2. As for ChatGPT, many Internet users had fun using the chatbot to ask it various and varied questions. It is by charging a few cents for the generation of texts or images that OpenAI is remunerated.