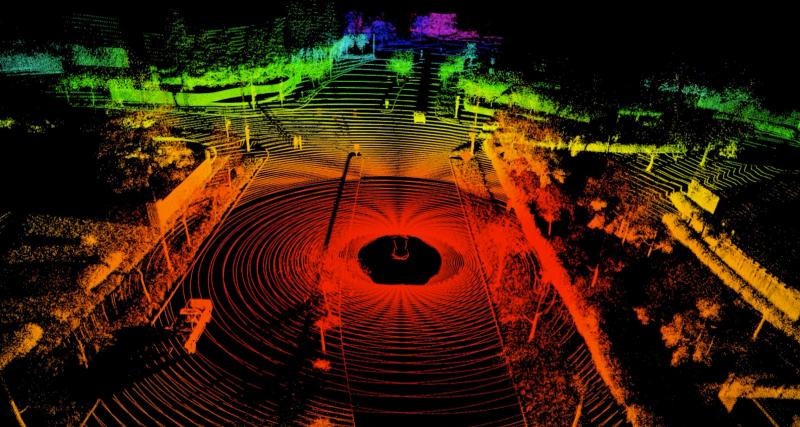 Like Apple or Google, Nvidia also holds a great mass dedicated to developers, which is called the GTC (GPU Technology Conference). This AI conference attracts the cream of engineers, researchers, inventors and IT professionals. This year, the company’s founder and CEO, Jensen Huang, made some automotive announcements.

He thus unveiled a super on-board computer that increases computing performance “at the speed of light”. And for good reason: this marvel has a power of 2,000 teraflops* (the equivalent of 200 Xbox Series X), instead of 254 for its (already powerful) Drive Orin platform. A phenomenal figure which makes it possible to process all the data from autonomous driving (including parking assistance), but also from the dashboard and multimedia content (up to the screens in the rear seats) in the same place.

Nvidia has designed a unified architecture that allows performance levels such that it was decided to name its system after a superhero. It was Thor, the God of Thunder and resident of the Marvel galaxy who was chosen. This central computer, which heralds a new generation of software-defined vehicles, will hit the market in 2025.

*A teraflop means that a computer has the capacity to process up to 1 trillion floating point operations per second.

Beyond the computing power, and a new component that can boost the learning of neural networks by a factor of 9, the Drive Thor system greatly simplifies on-board integration.

Instead of distributing dozens of computers throughout the vehicle, with all the cables that entails, everything is grouped together in a single box. It’s simpler, lighter and even cheaper, Nvidia says. And of course, the supercomputer Thor can update itself continuously at the software level.

Very versatile, the system can compartmentalize its computing capacities without interrupting critical tasks. And it can handle both Linux, Android OS as well as QNX (Blackberry) ecosystem. One of the strengths is also its reliability. Nvidia has devoted the equivalent of 15,000 years (!) to research to guarantee a level of security compatible with the most stringent ISO standards (26262 for operational safety, 21434 for cybersecurity protection) and the regulation of United Nations (R 155). The manufacturer is also committed to end-to-end security, from the server to the vehicle, where 5 million lines of code are dedicated to this objective.

Tesla, which has decided to turn its back on Nvidia to develop its own chips with the help of Samsung, is far from the performance levels announced. And the American chipmaker even offers the possibility of connecting two Thor systems in the same vehicle…

Geely will be the first to adopt it

In any case, the new product greatly appeals to the Chinese, who praise its merits in the press release. Several manufacturers (including Lotus, Li Auto, GAC Aion, Xpeng) and autonomous driving players (Deeproute.ai, Pony.ai, WeRide) are expressing their enthusiasm. And it is also the Geely group (the owner of Volvo), which will be the first customer for its Zeekr brand, which targets the Premium market and has innovation as its credo.

This actor relies heavily on artificial intelligence. Zeekr was already a customer, since it already uses Drive Orin, the current platform (which manages up to level 3 of autonomous driving on a scale that goes up to 5). This same system has also been adopted by Xpeng, which offers assisted driving on its latest SUV, the G9 (with a computing power of 508 trillion operations per second) and by a robot-taxi player, QCraft.

Nvidia should attract other manufacturers. One of the arguments is that current customers will be able to migrate to the Thor platform, due to its flexibility.

At the same time, the American manufacturer also unveiled its Drive Concierge system at the GTC.

Again, this is a centralized platform. Computing power is used to deliver a personalized experience to each seat. At the front, the driver will be able to see graphics of a quality comparable to that of video games, while having key information on what the vehicle perceives in 360 degree mode. And for passengers, it’s the promise of being able to play online (1,400 game references available), watch movies in streaming or make video conferences of superior quality.

They will have the passage of a cloud-based assistant who takes the appearance of an avatar and can be requested by voice to make reservations, for example. This all-in-one is compatible with the Android Automotive environment. The same system also uses its intelligence to monitor the driver and detect if he is in good condition to drive. And he goes so far as to give the alert if one of the passengers forgets something in the car when leaving.

Our high-tech automotive specialist, Laurent Meillaud, offers you a focus on Nvidia’s latest announcements for the automotive world with its Thor supercomputer which will appear in our cars by 2025.