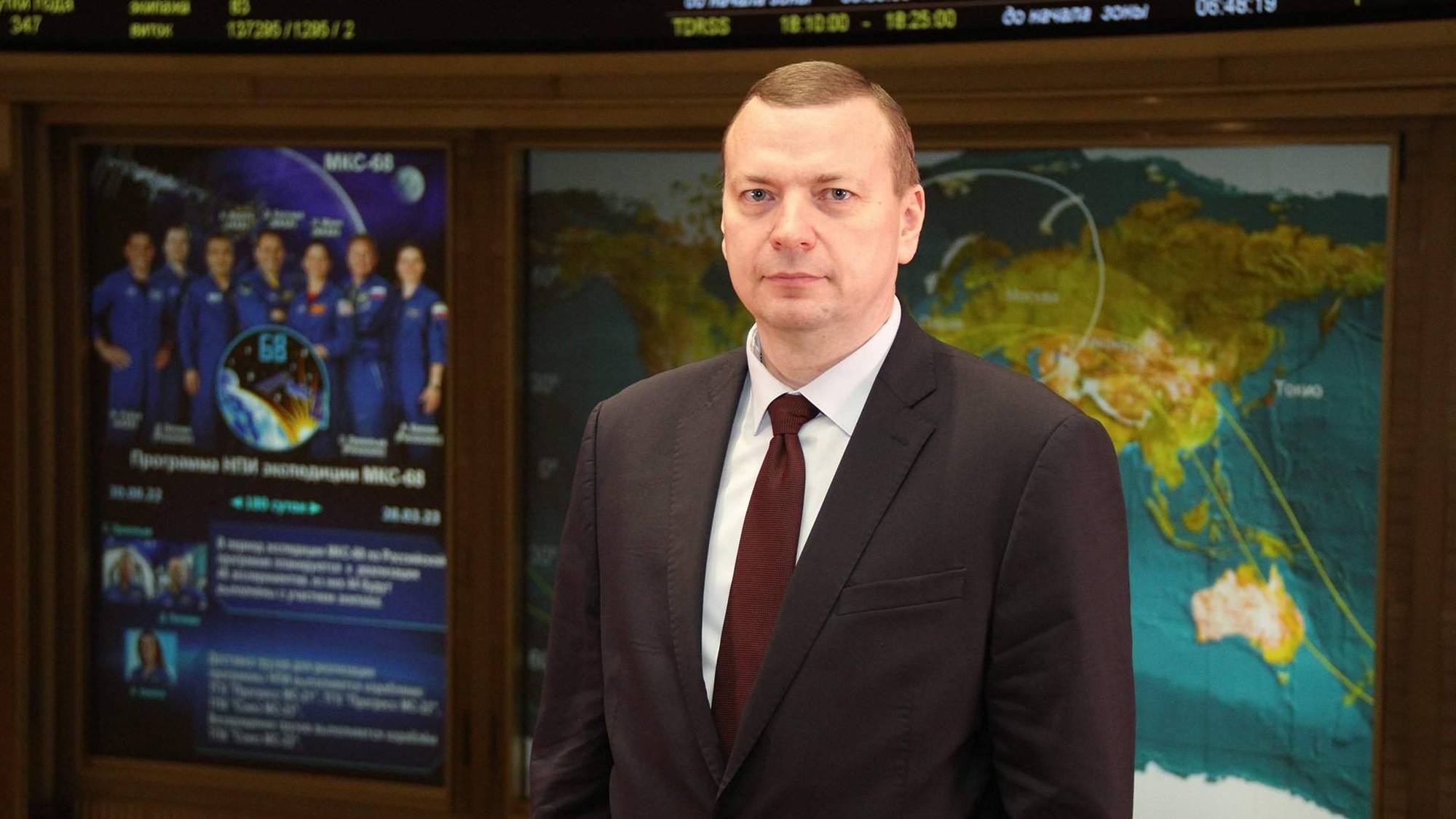 The head of the Mission Control Center (TsOuP) of the TsNIIMash (part of the Roscosmos state corporation), Maxime Matyoushine, granted an interview with Izvestia on new spacecraft control approaches based on digital twin technologies and artificial intelligence, as well as the need to develop rules for orbital motion.

– Maxim Mikhailovich, the number and variety of spacecraft and systems have increased like an avalanche in recent years. What has changed for space flight control systems?

– The pace of development of world space technology by historical standards has always been quite high, perhaps that is why huge changes in the appearance and content of space systems occur almost imperceptibly to an outside observer . The possibility of deploying satellite systems consisting of hundreds or even thousands of spacecraft is already a reality. And the current reality requires serious development of space flight control systems. If in the past control could be simply called point control, operating on the principle of “control system – control object”, where the control object was a spacecraft and an increase in the number of spacecraft was simply compensated by the creation of a new control sector, consisting of a control room, computer systems, communications and other things

What are the new principles?

– The ideology of the construction of a system must first assume its ability to self-adapt to external conditions. From there follow the principles of the system. The first is the ability to adapt to control heterogeneous spacecraft, the second is the ability to optimize the use of available resources by redistributing them, and the third is the ability to achieve the first two quickly and efficiently.

It should be noted that the above ideology and management principles should not be confused with artificial intelligence. In this case, the management system is to assist a person and reduce the level of a person’s workload in the implementation of the management process itself. Decision-making in all cases rests with the person.

This concept was used in the development of a design project of the basic TsOuP of the state corporation Roscosmos, carried out by employees of the Central Research Institute of Mechanical Engineering (TsNIIMash) together with employees of industry-leading companies. The preliminary design successfully passed the defense to the Federal Space Agency in 2015, and at present the central control body – the TsOuP base of the state corporation Roscosmos – is supposed to be built taking into account of the ideology of digital ecosystems and the above principles.

– What has already been done?

– To begin with, it should be noted that at that time there was no holistic experience in managing groups of space systems, combining several spacecraft flying autonomously over a long time interval, in the civilian segment of Russian space at that time. Of course, the technology for controlling the Russian segment of the ISS has been implemented, but the duration of the autonomous flight phase of Soyuz and Progress spacecraft is very limited, and the ISS RS modules can be considered autonomous with significant reservations.

Therefore, along with the creation of a design project of the TsOuP “Roscosmos” base, as well as theoretical arrangements, there was the development of practical methods for the control technology of groups of space systems. Thanks to the creation and continuous development of this technology, it has become possible to successfully use new space systems for their intended purposes: the Louch multifunctional space relay system, the Resours-P space system for remote sensing of the Earth, the Kanopus-V space system operational monitoring system of the earth’s surface, geostationary hydrometeorological space system “Electro”. That is, we can say that the results of the theoretical study led to the successful completion of the first phase of the creation of the TsOuP base of the state corporation Roscosmos and the technology of managing a group of space systems ,

At the same time, the main goal of this work step is the creation of a universal digital base platform as the main element of the digital flight control ecosystem. In June 2022, this was implemented jointly with the cooperation of the main enterprises of the state corporation Roscosmos and the Russian Academy of Sciences (RAS).

— What technologies are used in this project?

– If we talk about unique technologies, we can cite as an example the creation of a unique virtual ballistic information space designed to display the current operational situation of space. It’s actually abouta digital twin from space, in which common heterogeneous spacecraft flight control operations are performed. This space allows you to simulate movement in different orbits, plan and implement operations with one device as part of a whole group, taking into account the presence of space debris.

We have created new technologies to manage the flow of information that the satellites exchange with the flight control system. For example, telemetry support technologies that allow you to combine spacecraft information received from various sources into a single environment. This ensures that the maximum reliability of data on the status of on-board systems of various satellites is obtained. Technologies have been created that make it possible to provide local network facilities with access to communication channels through Russian security tools. Integrated solutions for videoconferencing, IP telephony and telephone communications have been implemented.

– Which objects in space can be controlled by the TsOuP?

– Will the TsOuP manage private spacecraft, the number of which continues to grow?

– As I said above, technically the TsOuP can control any spacecraft and in its daily activities receives and uses information about all objects in near-Earth orbit, but on time currently, control is carried out only for spacecraft that are part of the orbital group of the state corporation “Roscosmos”.

— How will the work of TsOuP specialists evolve?

– They will have less routine because the control system will take over. In general, the human brain perceives and processes information quite quickly, but it is precisely because of the presence of the human factor – the ability to be distracted, delayed in response, to ask again – there is a delay between receiving and processing information and making a decision. An intelligent control system will perform the necessary data processing procedures much faster and offer a specialist a set of ready-made solutions, a person will only have to choose the right one.

— What prospects do you see for the development of new approaches to spaceflight control?

– At the beginning of the 20th century, at the dawn of aviation, there were no problems regulating the movement of aircraft, the need to prevent emergencies related to collisions in the air. But already in the 1920s-1930s in Britain, the USA and the USSR, in connection with the explosive growth in the number of aircraft, they began to create air traffic control services, develop an ideology , working methods and principles.

The situation is similar now in outer space. The current number of spacecraft, moreover, requires organizing the process of their movement on the basis of principles and rules common to all participants. Returning to the analogies with aviation, as a result, say, an international system will appear, which is a national space traffic control system, united in a common international network. The facilities created from the TsOuP base may well be the first approximation to the creation of a national space traffic control system.