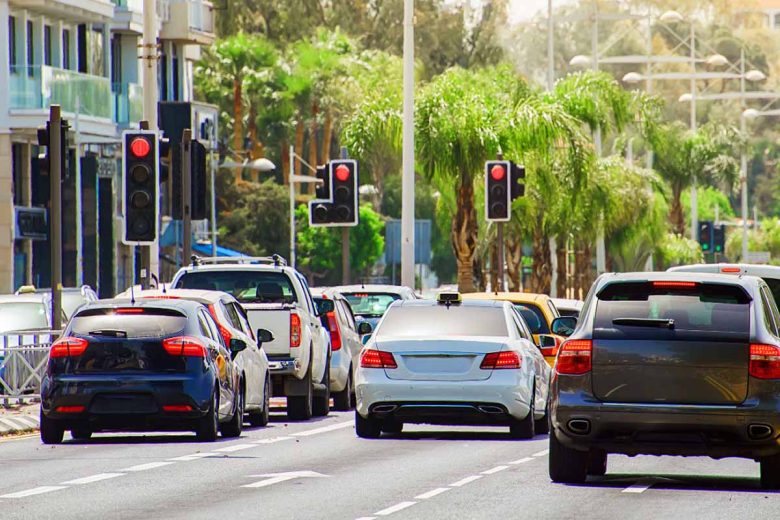 As you drive home at night, you find yourself stopped at a red light, in the middle of nowhere. Not a pedestrian, not a car but a few minutes stop to respect the highway code. This little adventure has happened to all of us one day or another, with the temptation to go red sometimes ! A Seine-et-Marnais entrepreneur, Murat Dogan, found himself confronted with this waste of time, on the side of Montereau-Fault-Yonne (77). In this context, these were long straight lines secured by traffic lights, but used very little outside of rush hour. In an attempt to save time, he invents Kesk, road traffic management traffic software and tested it in real life in Fontainebleau (77), for a few months. A brilliant invention on several counts. Discovery.

Where did this idea come from?

Murat Dogan always uses the same axis to go visit his parents and realizes that he is, most of the time, stopped at each red light, on a deserted road. He then thought that software could help smooth traffic. Concretely, this software could reduce red light time, when there is no one at the intersections. Conversely, it will be able to trigger the red light more quickly if pedestrians approach the intersection.

Kesk, what is it exactly?

Kest means “green” in Kurdish, Murat’s native language. This software is equipped with theartificial intelligence to act in real time on the traffic lights at the intersection located between rue Grande and rue Paul-Séramy and rue de la Paroisse. This square is located right next to the Saint-Louis church, in Fontainebleau, a city crossed by the former National 7 and which experiences heavy traffic. The inventor surrounded himself with his partner Michael Emery and D’Heinryck Nortia, one of the engineers who have followed them since the beginning of the adventure to develop this software based on computer vision. The Kesk company has already worked on image analysis for the Airbus or Safran groups. However, their software aims to be a tailor-made response to a social problemwhich is also an environmental problem.

Île-de-France is a region where traffic jams and congested intersections are the daily life of users. By taking certain secondary roads, especially when all the lights are red, the journey time can be extended by several tens of minutes. Kesk would therefore make traffic more fluid by modifying the duration of red lights according to trafficbut would also have an ecological consequence

Since the engines are no longer stopped in waiting for the green light, they pollute less! Kesk would, for example, leave a continuous green light if no car comes to the intersection. It could stay green for several hours without posing any danger to users. Of course, there are already some devices like ground sensors. Like the latter, the Kesk is a new method of improving road traffic.

Murat Dogan explains to the site Actu.fr than his invention would save 85% of time at a red light and to make traffic more fluid by avoiding traffic jams at intersections. The city of Fontainebleau was the first to test this device. However, other very congested cities such as Drancy (93), Yvelines or Hauts-de-Seine also wanted to install the Kesk. As for the inventor, he hopes that the Kesk will be installed nationally at each new crossroads! More information ? Visit the site Kesk.eu.

Kesk: an invention to reduce pollution and the time spent at red lights