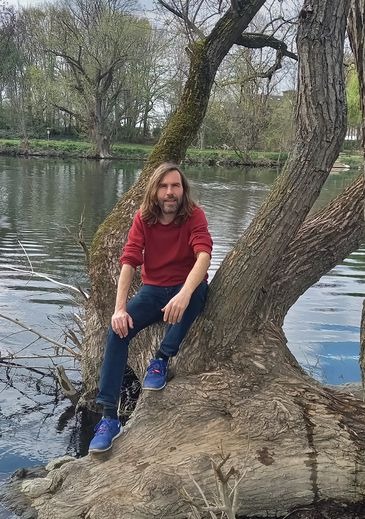 the essential
Michael Schneider, a graduate in political science, is a figure of clairvoyance in Germany. He interferes in every high-profile criminal case with mixed results. He claims to have solved 17 disappearance cases.

How do you work, since when, by which techniques or supports and where do you situate the body of Delphine Jubillar?

I basically work without any tools. No pendulum, no dowsing rod or tarot cards but only with my mind. Since 2006, I have worked voluntarily and without any intention of reward as a clairvoyant in the search for missing people and animals. I was able to find about 25 missing people and several dogs, cats and a turtle. My way of working is as follows: I look at a photo of a missing person or animal, then I get a vision, a signal, to know if this person or this animal is still alive or not. I am very religious and I receive this inspiration from the divine world. Then I take a haptic or ‘google-earth’ map and let my eye and fingers twirl over it until I’ve marked a point which I then adjust to the meter. Then, I send this information in the form of precise GPS coordinates to the nearest meter to the police. But also, if they contacted me, parents or other people who asked me for help in a matter.

Did you report your work to the investigators? How did you come to be interested in the Jubillar case?

I shared the results of my work with the investigators and the family lawyers through an Austrian acquaintance who lives in Italy and speaks very good French while having a great interest in France. This friend also asked me for help in this case and forwarded my results. But I have received no response to date (Editor’s note: giving very precise GPS coordinates, 43°58’45.7″N 2°07’25.1″E, he locates the body in Cagnac-les-Mines, in a wooded area, between the cemetery and the road to Saint-Quentin, near the Mouline stream. Researches have already taken place in this sector).

Read also :
Jubillar: the ex-convict who wanted to dig up Delphine’s body had been declared “dangerous” by the judges, ten days before his release

You have obtained results in the past, can you give us some of the most evocative examples?

Like everyone else, I had some failures in my work but also many successes in “cold cases” and especially in very difficult cases where the police did not go further. Last year in northern Germany I located the body of a murdered woman 235 meters away, while the police were mistaken 20 kilometers away. Also last year, in the tragic Neumair/Perselli double murder case, where a son murdered his parents, in Italy, and where the trial is currently taking place, I located the murdered body of Peter Neumair within 400 meters from the Adige river when the police wanted to search for him over 75 kilometers. This is also confirmed by the sister of the murdered man who spoke to the media. In the case of Laura Perselli, I was right about 2 kilometers into the Adige, while the police got it wrong about 11 kilometers and didn’t take my advice for a week. This is why I appeared three times on Italian television last year in the detective show “Quarto Grado”. A month and a half ago I located a missing man (51 years old, committed suicide, I have already located four missing this year, unfortunately all dead and committed suicide). Last year I found seven people across Europe and this year four.

Read also :
VIDEO. Jubillar case: the confrontation between Cédric Jubillar and his former cell neighbor did not lead to any progress

Maddie case: “I gave a place”

Michael Schneider was also interested in the disappearance of little Maddie Mc Cann, in 2007 in Portugal. High profile case with recently the questioning of a German. The medium claims to know where the body of the little English girl is, giving the GPS coordinates: 37°08’35.5″ N 8°37’00.0″ W. “The Portuguese police do not want to look over there, although few shortly after her disappearance, there was an anonymous letter to the Portuguese police and a Dutch newspaper naming Odiaxere as the place where Maddie was buried. I didn’t know anything about it until a month ago (I had already given a coordinate very close to the current one in Odiaxere, a year ago).

Jubillar case: a German clairvoyance star claims to have geolocated the precise location of Delphine’s body