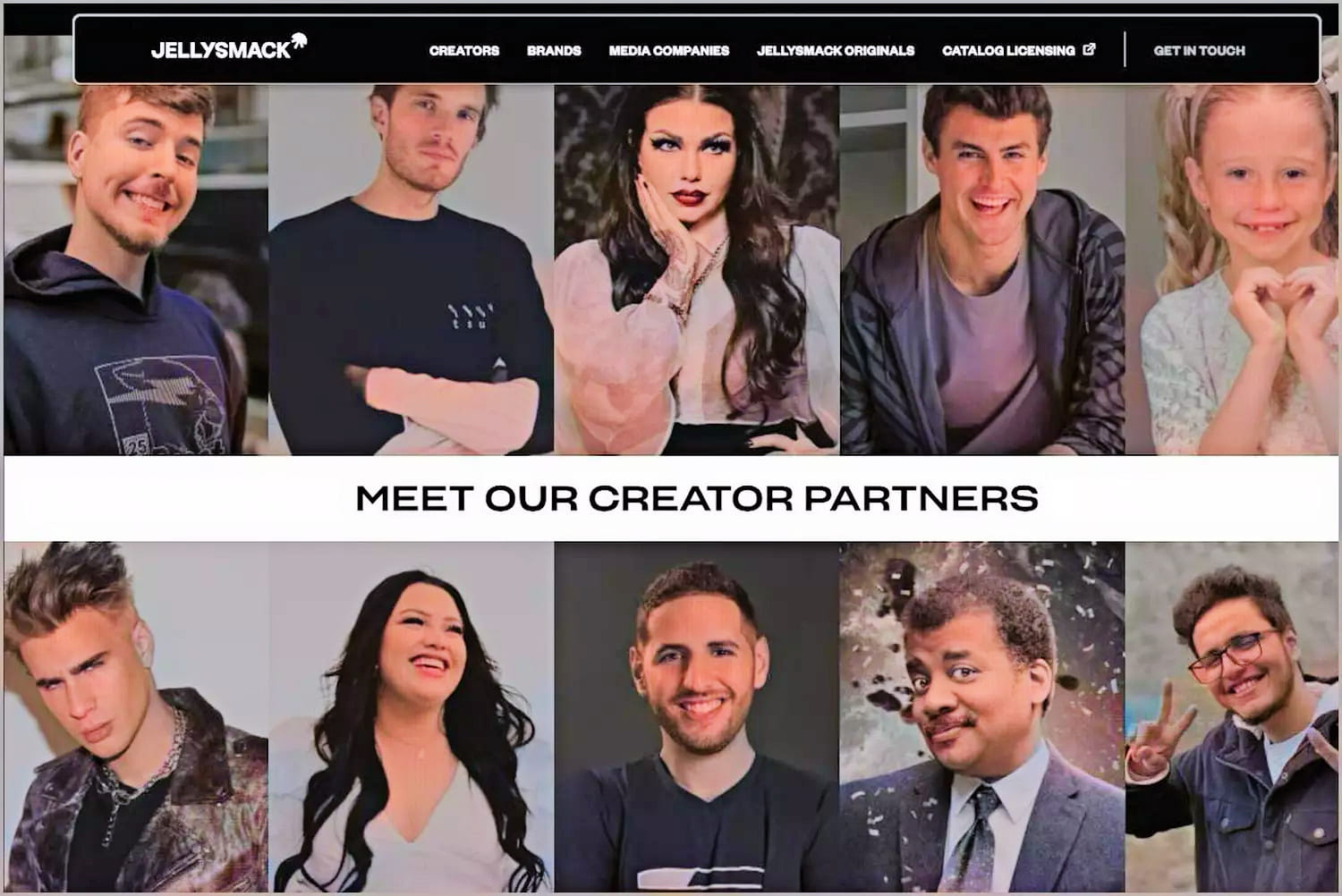 This American unicorn founded by three French people relies on artificial intelligence to optimize the visibility and income of video creators on social networks.

Founded in 2016 in the United States by three French people, Jellysmack relies on AI to optimize the presence and income of video content creators on social networks. In 2021, the company completed a fundraising of a confidential amount from Soft Bank, Partech and Highland Europe. An operation that brought it into the circle of unicorns, with a very strong ambition for international development. From 100 creators signed at the start of 2021, the company is growing to more than 500 this year. Among them are PewDiePie, the man with 110 million subscribers on YouTube, Brad Mondo, Bailey Sarian or Cauet. Jellysmack has more than 1,000 employees worldwide, including 700 in France.

“We mainly detect Youtube channel creators who are starting to work, and we offer them to adapt their content to broadcast it on FacebookInstagram, Snapchat, TikTok, Twitter…”, summarizes Thierry Bedos, CTO of Jellysmack. The company uses AI from the creator identification phase. By capitalizing on image recognition and automatic language processing, particularly the Keybert modelit uses clustering algorithms to categorize videos, and based on their audience dynamics, identify those with high potential.

Capital as a Service

From there, Jellysmack offers creators a financing offer. How does she calculate her bet? It uses directed neural networks time series to predict revenue from their catalogs over the next five years. Based on this estimate, she signs them a check. “Which allows them to invest in equipment, to recruit to accelerate their development”, adds Thierry Bedos.

Then comes the phase of adapting the videos to the social networks targeted. A stage where AI obviously occupies a key place. It optimizes the initial content according to the characteristics of each platform, in terms of player, duration, modes of consumption… “We use the computer vision to transpose the 16/9 format of Youtube to the square format of Facebook or to the 9/16 of Tiktok. Ditto for the automation of the blurring of visual elements coming out of the monetization charters”, explains Thierry Bedos.

Another challenge: going from a 20-minute Youtube video to a 3 to 4-minute Tiktok video. Here, the AI ​​intervenes to detect the passages reflecting a strong emotion: a character who expresses himself with emphasis, who cries or who laughs for example. In charge of the final editing, the Jellysmack editors will capitalize on all this preparatory work to save precious time.

Jellysmack produces several variations of the same video in order to test them on a small sample of users in rapid A/B testing mode. Since this population is small, the machine learning steps in to extrapolate results based on society’s learning patterns. Models that feed on a mega database built by the publisher. It brings together more than a billion public videos gleaned from more than 10 million Youtube channels, and their associated public audience figures. Added to this are private data from the start-up’s own customers. In the end, Jellysmack is remunerated by sharing advertising revenue with the creator based on the performance of the video selected.

For the future, Jellysmack is working on two avenues of product development. First, the company intends to further shorten its video editing chain by relying ever more on AI. Finally, it plans to provide its clients with recommendations, advice on the types of video with high potential in their respective segments.

Jellysmack transforms star youtubers into rich youtubers thanks to AI