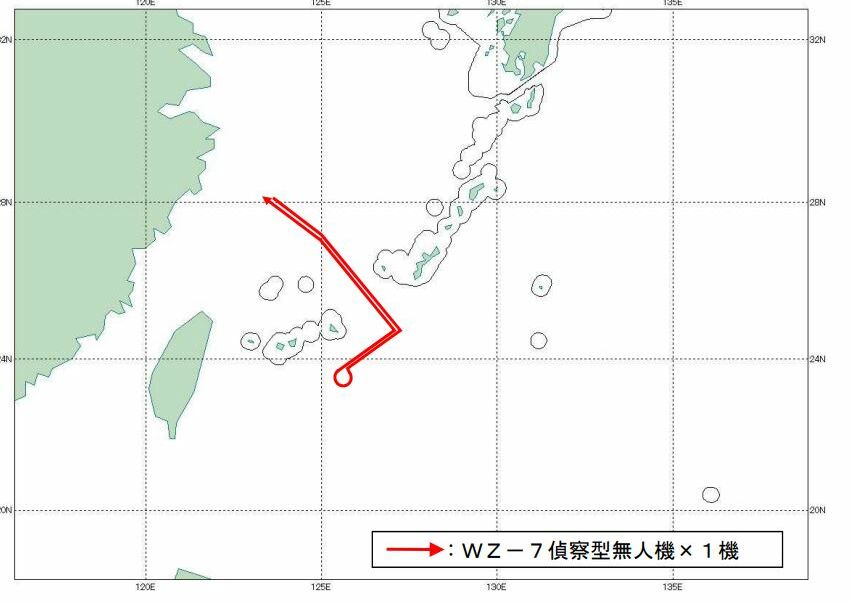 A funny surprise for the new year. Japanese fighter pilots had to take off in an emergency on January 1 to intercept a Chinese military drone. It was a WZ-7 reconnaissance aircraft also called “Soaring Dragon”. It is one of the most sophisticated autonomous vehicles in the Chinese army and it bears a strong resemblance to the American reconnaissance drone, the RQ-4 Global Hawk. Thanks to its artificial intelligence, the WZ-7 can share the information it collects with Chinese satellites to help troops on the battlefield or guide cruise missiles to their target. The latter is supposed to have an operational range of 7,000 kilometers and a flight autonomy of around 10 hours.

According to communicated from the Japanese Ministry of Defense, the drone appeared over the East China Sea and then crossed the Miyako Strait, which separates the main island of Okinawa and the Miyako Islands, which are also part of the prefecture. of Okinawa but which are located about 260 kilometers further west. Once over the Philippine Sea, the drone headed south to Japan’s Sakishima Islands further west, then reversed its course back towards the main island of Okinawa. In response, Tokyo confirmed that fighters from the Japan Air Self-Defense Force, or JASDF, were mobilized to intervene. Unconfirmed reports suggest that F-15J Eagle combat aircraft were sent.

“It was the first sighting of this type of drone around Japan and it is the fourth type of Chinese military drone ever spotted near our islands,” Japanese officers were quoted by the channel as saying. NHK. Senior Japanese officials added that the JASDF will continue its patrols and surveillance, as they believe the Chinese military may use drones to test and increase its operational capabilities.


Additionally, the Japanese Defense Ministry revealed that the aircraft carrier Liaoning passed through the Miyako Strait on January 1. Passing from the Philippine Sea to the East China Sea, the huge warship was accompanied by the Type 055 destroyers Anshan and Wuxi, the Type 052D destroyer Chengdu, the frigate Zaozhuang and the fast combat support ship Hulunhu. According to the Defense Ministry, Liaoning conducted flight operations involving about 20 fighter launches and recoveries and about 40 helicopter take-offs and landings. Once again, JASDF fighter jets were sent in response to Chinese military activity near the Japanese islands.

Finally, Japan revised its national defense strategy in December, adding plans to increase military spending to 2% of its gross domestic product by 2027 and acquire counterattack capabilities against China and Korea. North. The Land of the Rising Sun also described China as an “unprecedented strategic challenge” to Japan’s security. For its part, Washington praised the steps taken by Japan and said the revised strategy had “reshaped” the ability of US allies to promote peace in the Indo-Pacific region.

Every day, the selection of main info of the day.