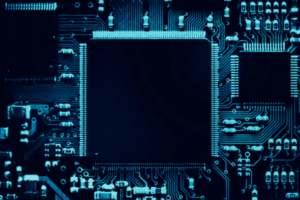 HPE continues its expansion in Europe with a new HPC facility in Kutná Hora, Czech Republic. This new factory is intended to support the development of exascale-class supercomputers and artificial intelligence systems.

On May 18, Hewlett-Packard Enterprise (NYSE: HPE) has announced plans to strengthen its continued commitment to Europe by building its first factory on the continent for next-generation high-performance computing (HPC) and artificial intelligence (AI) systems to accelerate delivery to customers and strengthen the supplier ecosystem. The new site will manufacture HPE’s industry-leading systems and custom solutions to advance scientific research, mature AL/ML initiatives and support innovation.

The dedicated HPC facility, which will become the fourth of HPE’s global HPC manufacturing sites, will be located in Kutná Hora, Czech Republic, adjacent to HPE’s existing European site for manufacturing its servers and storage solutions. Operations will begin in the summer of 2022.

Read also : How to improve the IT-business relationship to build Industry 4.0?

“When European organizations embrace next-generation supercomputers, they gain a powerful foundation to seize the opportunities of exponential data growth to accelerate scientific discovery, strengthen digital sovereignty and unlock innovation to deliver greater economic value,” said Justin Hotard, executive vice president and general manager, HPC & AI, at HPE. “HPE is committed to continuing to support Europe in this endeavor and our new HPC plant in Kutná Hora, Czech Republic is another important investment, among our other R&D initiatives, that we have made in Europe. We are now able to manufacture the best supercomputing, HPC and AI systems in the industry, while increasing the viability and resilience of the supply chain. »

HPE is committed to strengthening Europe’s leadership in supercomputing and artificial intelligence to accelerate access to information. 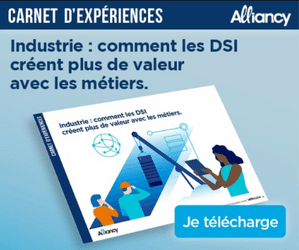 challenges such as predicting and preparing for extreme weather events, diagnosing and treating disease, and improving food security and sustainability. It is also imperative for Europe to access next-generation data-driven technologies, which unlock invaluable insights and capabilities for AI innovation, in order to achieve digital sovereignty.

HPE has strong collaborations in Europe, including through the European HPC Joint Undertaking (EuroHPC JU), an initiative between the EU, European countries and industry technology partners to coordinate and combine their resources to develop world-class pre-exascale and exascale supercomputers in Europe. As part of the EuroHPC JU, HPE has already designed and built the LUMI supercomputer for the CSC – IT Center for Science in Finland, considered a “pre-exascale” supercomputer that should reach 550 petaflops, or just over half an exaflop, and the Karolina supercomputer for IT4Innovations in the Czech Republic.

Additionally, HPE is committed to supporting local European initiatives in HPC and AI, and has invested in R&D initiatives such as its Center of Excellence in Grenoble, France, which is open to broader community of scientists, researchers and engineers to test and build next-generation solutions.

These ongoing developments are propelling European organizations on a path to capitalizing on exponential data growth by improving their ability to create value from data, leverage huge pools of distributed data, and strengthen their sovereignty over their data-driven model.

European customers benefit from a local site for supercomputing and artificial intelligence solutions to meet any data request.

The new site will manufacture and ship two main product lines: HPE Apollo systems, ideal for demanding supercomputing and AI applications, as well as AI modeling and training, and HPE Cray supercomputers EX, designed to support the next generation of high-end supercomputers to deliver unprecedented performance and tackle the most complex scientific and artificial intelligence tasks.

The plant is also designed to meet the specific manufacturing requirements of HPE’s liquid-cooled HPC and AI systems, which are ideal cooling options for high-performance systems. For this, the plant has a reinforced floor to support the weight

HPE Cray EX supercomputers, which weigh up to 3,628 kg per cabinet, and include a water circuit between the supercomputers and the roof of the building to help cool the hot water.

Foxconn, a long-time HPE manufacturing services partner, will manufacture and ship products from the site to fulfill orders from HPE customers in Europe, as it currently does for the main site. from HPE in Kutná Hora, Czech Republic.

To learn more about the solutions portfolio of high performance computing and artificial intelligence from HPE and how it is being used in various industries, to support a range of workloads, head over to its official website.