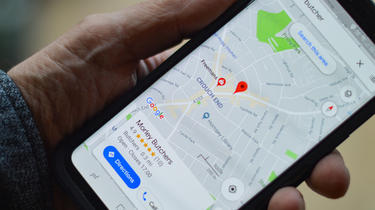 What if artificial intelligence allowed people who have difficulty expressing themselves orally to be understood by everyone? This is the project that a group of Google researchers is promoting with Relate. Already available in English in a beta version, this application is now interested in the language of Molière.

“It is estimated that around 200 million people suffer from speech disorders and speech problems worldwide”, explains Julie Cattiau, product manager at Google and specialist in artificial intelligence. In charge of this project, born in 2019 and called Euphonia, this French researcher puts forward the idea of ​​offering a new communication tool designed as a voice assistant capable of interpreting the oral difficulties of its user.

It is on the occasion of World Accessibility Awareness Day, this Thursday, May 19, that Google wanted to demonstrate the progress made by its researchers on Relate. An application (under Android) capable of supporting deaf people with speech problems, patients suffering from Charcot’s disease or even those suffering from Parkinson’s disease. The cases are multiple and their daily life could soon change radically.

“Often people with speech disorders make themselves understood by those close to them, but not by others. With this application, we can imagine new uses, such as contacting the Google Assistant to perform everyday actions without having to move to interact with connected objects, but also anything related to communication with people in the outside like talking to their doctor, their banker or anyone who is not familiar with their way of speaking. Finally, some use it to dictate an email or even write a book,” comments Julie Cattiau.

For now, Google intends to train its voice assistant to recognize their vocabulary. The latter is then able to interpret their messages to transcribe it or understand orders. And to achieve this, the research teams rely on the general public and volunteers. In its English version, more than 1,600 hours of voice samples have been collected from volunteers affected by these difficulties. “We have collected the largest set of speech data with slurred speech in the world,” says the researcher.

With its arrival within the French program, Euphonia now relies on French volunteers who wish it. An online form (available HERE) can be completed, while Google is committed to rewarding the most diligent participants. The latter will first have about thirty sentences based on simple sentences to dictate, while 1,300 sentences can also be pronounced for those who can take the time to help science progress.

Such an application also aims to extend to other languages. Google is also launching the same program in Spanish, Japanese and Hindi.

Google launches an app to help people with speech impairments