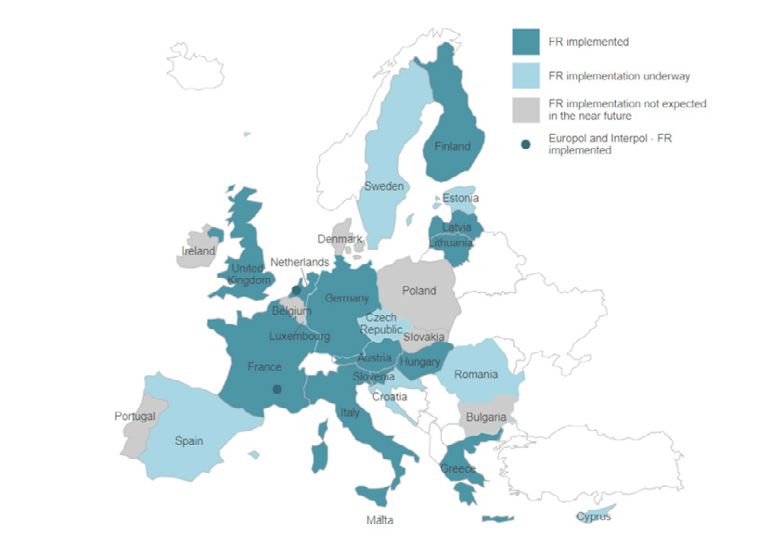 Smile, you pay. MasterCard announced last week that it had entered the test phase for its new “Smile and Pay” product, which makes it possible to pay using facial recognition. Around the world, facial recognition is gaining ground. Fascinating but intrusive technology, its use is advancing faster than the legislation that accompanies it. Whether it is to unlock your phone or issue a transfer quickly, our face is increasingly observed, dissected, stored. “Commercial uses such as unlocking your phone or this payment system contribute to the admissibility of this technology, to slide gently towards political use”, specifies Asma Mhalla, lecturer at SciencesPo, specialist in the political issues of the digital economy.

Facial recognition is a technique that uses biometric data to build a template of the user’s face. Then, an artificial intelligence uses this data to identify or authenticate this person, that is to say find a person or ensure that he is who he claims to be. Around the world, some countries have already installed it in public life, to reduce waiting times in the metro by making it easier to buy tickets, but also to monitor populations.

“China is the country where facial recognition is the most used volumetrically,” analyzes the expert. The Chinese state CCTV system uses it to recognize citizens on the street and track them. Those whose behavior would be deemed “uncivil” could see their “social credit” drop and be banned from certain activities like taking a plane or taking out a bank loan. “Facial recognition allows the industrialization of what totalitarian states were already doing by filing the population”, explains the lecturer.

But that’s not all, recognition is also used in everyday life. Franchises like KFC use it on their order kiosks as a means of payment, and ATMs also use it to authenticate the customer. A decryption of France 24 reveals that tablets are also used in the villages to authenticate citizens in order to pay retirement pensions and open rights to health insurance. Tests have also been carried out in the metros to make traffic flow at the entrances. On the same pattern as what can be done in the Moscow metro.

In Russia, too, facial recognition is used in everyday life. At the shopping center or in the metro, payments can also be made by facial recognition. Since last year, 241 stations in Moscow’s underground network allow people to pay with their faces. The official reasons are the same: to make the comings and goings of users of the metro more fluid, frequented by 2.5 billion passengers a year. But as in China, the greatest use of facial recognition is for surveillance. CCTV cameras track and identify criminals and political opponents. During a demonstration in support of Alexeï Navalny, demonstrators were identified using this technology and then arrested at their homes.

Within the European Union, 11 countries are already using facial recognition for legal applications, on a different scale (see map above). A study commissioned by environmental MEPs in October 2021 provides a summary of the use of biometric data within the union. This report aims to warn of possible mass biosurveillance, due to the increasing use of technologies such as facial recognition to monitor and identify individuals on the street. This is particularly the case of Nice, who experimented with facial recognition during the 2019 Nice carnival. “The main argument of the defenders of facial recognition is security, but opposing freedom and security is stupid, protests Asma Mhalla. The proposed European law on artificial intelligence is very restrictive for commercial uses, but tender with police customs.”

An example is Lithuania. The European country plans to install facial recognition points at its external borders, before that, the Bank of Lithuania reached an agreement with a local start-up to install this technology as biometric identification. In France, surveillance equipment using facial recognition are still prohibited in the public space, but many politicians are pushing for experimentation. “And we know that experiments tend to lead to generalizations,” breathes the expert.

Facial recognition technologies are also struggling to convince of their effectiveness. “These technologies have never proven their reliability, believes Asma Mhalla. Especially on certain populations.” A study by the National Institute of Standards and Technology (NIST) proved in 2019 that these technologies are wrong 10 to 100 times more often on Asian or black people than on Caucasian people

Facial recognition is installed, to simplify and monitor – Challenges