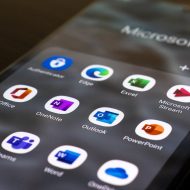 One of the great challenges in the field of AI is the realization of a system integrating an artificial general intelligence, or AGI. Such a system must be able to understand and master any task of which a human being would be capable. However, this week, the DeepMind research laboratory has just announced the release of Gato, an AI capable of learning and managing hundreds of tasks, reports Techcrunch.

AI more versatile than ever

To be exact, Gato is able to carry out 604 very distinct missions: captioning an image, engaging in dialogue, stacking boxes using a robot arm, playing old Atari games. The device is said to be able to perform very different actions, whereas recent examples, like that of Ithacafocused on a very specific type of task.

Microsoft accused of favoritism by Anticor

Although general artificial intelligences have long remained the stuff of science fiction, Gato is not the first of its kind. Google has started using a Unified Multitasking (or MUM) model in its search engine that can interpret both text, images and video, in order to perform a task more efficiently. In this case, to refine or correct a search field. From the point of view of software architecture, Gato is not very different from its predecessors.

The difference, as Jack Hessel, a researcher at the Allen AI Institute points out, is instead in the variety of inputs Gato can interpret and tasks he can perform. Like other artificial intelligence systems before it, it learned based on billions of words, images of real or simulated environments, but also button presses or even symbols. A characteristic offering greater versatility to the system, the interactions between these different types of inputs multiplying the number of possible services.

A human intelligence “probably not for now”

According to Jack Hessel, “We’ve already seen evidence that single models can handle surprisingly diverse inputs. In my opinion, the central question in learning multitasking is whether these tasks complement each other or not. »

That said, the system remains to be perfected, with gross errors. During a conversation, Gato clarifies that the capital of France is Marseille. Box stacks aren’t always perfect, as is the captioning of images. Yet DeepMind claims that in 450 of those tasks, Gato would outperform an expert more than half the time.

For his part, the assistant professor of information at the University of Alberta, Matthew Guzdial, remains skeptical. For him, “People who say this is a major step towards AGI are somewhat overstating it, because we’re still not at human intelligence and probably won’t get there right away, in my opinion. Personally, I’m more in the camp of many smaller models, but there are definitely benefits to these general models in terms of performance on tasks outside of their training data. »

DeepMind: a new AI capable of performing more than 600 tasks