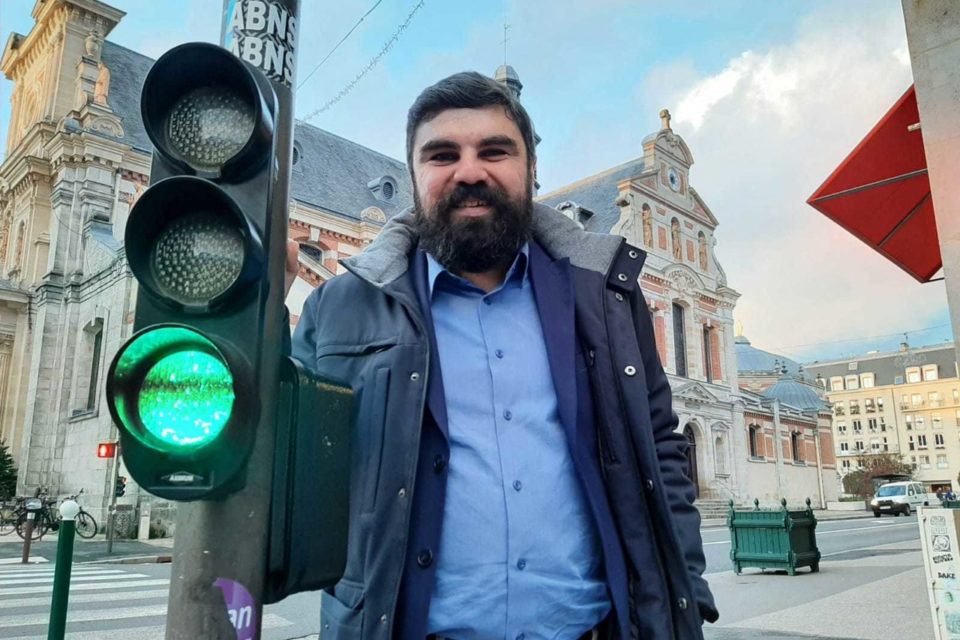 
The Republic of Seine et Marne
See my news

With Kesk, all lights are green. Since 2017, Murat Dogan, an entrepreneur from Fontainebleau (Seine et Marne) develops an artificial intelligence, which makes it possible to improve traffic flow at intersections equipped with its device road traffic management.

A process imagined within the framework of his company, digital colorsspecializing in computer vision. “When I came home to my parents in the evening in Montereau-Fault-YonneI was always wasting a lot of time a traffic light that was red when there was no one to pass on the other axis,” recalls Murat Dogan.

With his partner, Michaël Emery and Heinryck Nortia, one of the engineers who has followed them since the start of the adventure, they are developing their expertise in computer vision, adapted to mobility.

“Our company specializes in image analysis, continues the man who has worked for large groups such as Safran and Airbus. We have therefore developed a tailor-made response to the problems of unnecessary waiting at intersections. »

If regulation systems already exist – like sensors on the ground – this response was, according to him, not efficient enough. In Fontainebleau, since July 2020, the crossroads between rue Grande and rue Paul-Séramy and rue de la Paroisse, just next to the church of Saint-Louis, has acted as an open-air laboratory.

The software is installed on the signage and the founders of Kesk carry out their experiments there. “The idea of ​​our device is to detect traffic – whatever the mode of mobility – upstream, so as to obtain real-time traffic management,” he explains.

Cameras are thus deployed on the traffic lights, connected to the signaling controller. This is where Kesk comes in. “Most lights use a more or less long countdown on a given axis, recalls Murat Dogan. Here, a pre-programmed algorithm makes it possible to choose the desired optimization option. »

Because the communities that opt ​​for its solution can choose several options: favor pedestrians or cyclistsmake traffic more fluid at peak hours “We offer differentiated action depending on the mode of vehicle,” he explains.

Thus, if no other car arrives on the other traffic axis and there is still traffic on the first axis, the light remains green on this one.

Save 85% time at red lights

“The system is simple for users: we shorten the pre-established time to favor vehicles waiting at the traffic light, summarizes Murat Dogan. It is an anti-traffic solution because you can act directly on the duration of a traffic light to clear traffic. »

And the solution is not only applicable to motorists since the system also detects pedestrians and can give them priority.

According to the founders of the software, it is possible to save 85% of your time at a fire. In the event of heavy traffic, Kesk makes it possible to delay congestion and limit its effects. Several municipalities in Île-de-France have already opted to deploy Kesk at their crossroads, such as Drancy (Seine-Saint-Denis).

Other deployments have been validated for several municipalities in Hauts-de-Seine and Yvelines. “There is a real demand, especially in Île-de-France, because this solution is suitable for communities affected by traffic jams”, insists Murat Dogan who also wishes to offer his traffic management software at the national level.

The name of the software, Kesk, was also not chosen at random: “In Kurdish, my native language, it means ‘green’, he concludes. A wink to make traffic more fluid, but also save CO2 by preventing the motors from spinning in a vacuum when they are stopped at a crossroads. »

Every week, take an overview of urban trends with the “Vis ma ville” newsletter. Sign up here, it’s free!

Was this article helpful to you? Know that you can follow La République de Seine et Marne in space My News . In one click, after registration, you will find all the news of your favorite cities and brands.

Corks in Ile-de-France: thanks to its invention, it saves you time at a red light