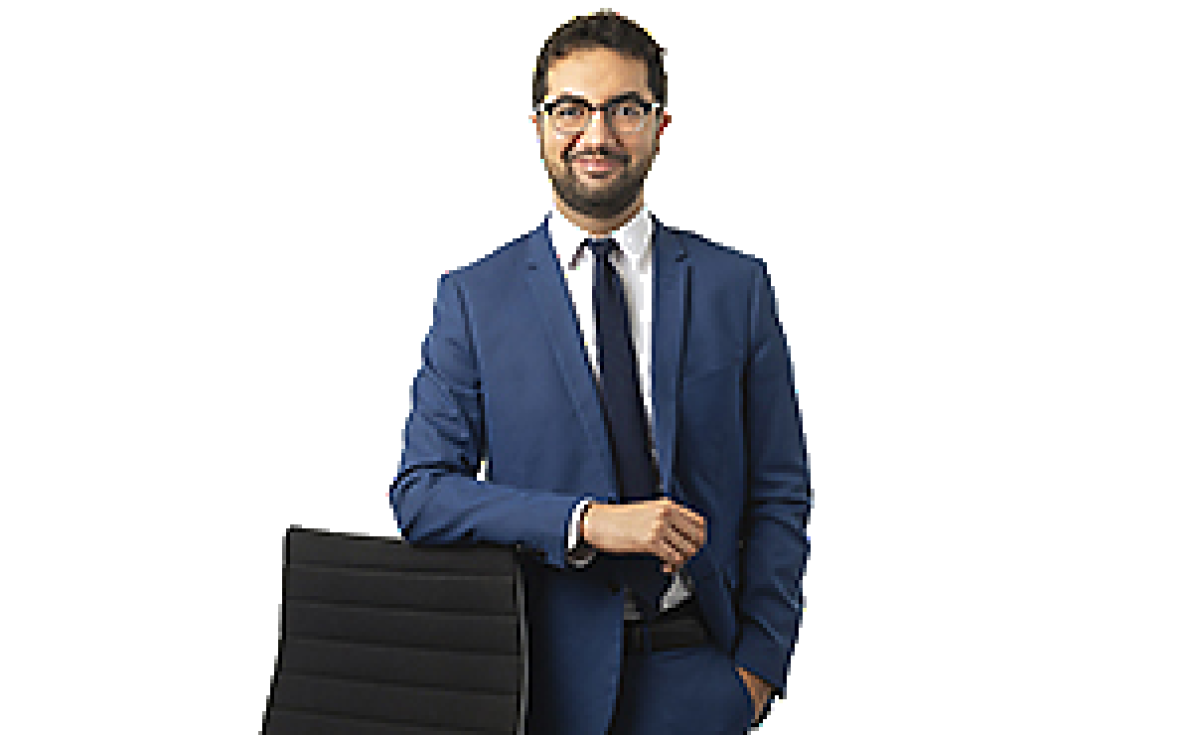 Social credit has penetrated Europe, it is making a small breakthrough in north-eastern Italy, 380 kilometers from the Simplon, more precisely in Emilia-Romagna in Bologna, a city of 394,374 inhabitants nicknamed “la Rossa” ( la Rouge) for its terracotta tiles, praised in tourist guides, but also in reference to communism, of which it was the bastion for half a century.

What are we talking about?

Social credit has been tested in some provinces of China since 2013. It must be believed that this test has been deemed conclusive since since 2020, it has been applied throughout the country, subjecting 1.4 billion people to the first digital dictatorship. in the world. Residents are assigned a rating based on their actions. The fewer points a person has, the fewer rights they have.

To do this, an internet watch is carried out, geolocation used, generalized denunciation encouraged. Some 600 million smart cameras, capable of recognizing faces despite wearing a mask, have been installed, compared to 176 million in 2016. This new version of totalitarianism has accelerated with the pandemic. Thermal cameras even make it possible to flush out feverish people. They are carried on police helmets and in public transport. The government’s arsenal does not seem to want to stop there, even drones are used. In the short term, 2.76 billion cameras are envisaged. The objective by 2030, for the Chinese government, is not only to strengthen its internal security, it is also to become the world leader in artificial intelligence.

In the beginning, in China, social credit was also not rolled out everywhere. It was very disparate in form, but overall it was about being valued, put forward, if you were a model citizen. For some, being displayed on the billboards of the city was a source of pride. Today you have to watch the documentary “All watched: 7 billion suspects“, yet carried out before the pandemic, to measure the extent of the phenomenon. “Bad citizens are expelled from the cities, their faces paraded on billboards to humiliate them. In some provinces the authorities have given them a particular ringtone – “the person you are trying to reach has been given a bad rating by the court, please encourage them to take responsibility and help them to obey the law”. Today, more than 20 million Chinese citizens are believed to be blacklisted.”

From the start of the 2022 school year, here is what awaits the Bolognese: The Smart citizen wallet. In the newspaper Corriere di Bologna, digital diary adviser Massimo Bugani explains that the idea is akin to the mechanism of collecting supermarket points. “Citizens will be recognized if they sort their waste, if they use public transport, if they manage energy well, if they do not take sanctions from the municipal authority, if they are active with the culture card.” Naturally, this is on a voluntary basis. For the moment, it is only on an experimental basis, and only gives advantages to whoever agrees to participate.

Here are excerpts from the aforementioned documentary.

“Education is necessary, the social credit system is the best way to effectively manage a society. With this we can not only control financial and banking risks, but also restore moral education, honesty, virtuous behavior. Solving problems through social credit isn’t about being sent to jail for breaking the law, it’s about the rest of society looking on as your attitude isn’t good,” Lin said. Junyue, researcher member of the Academy of Social Sciences and social credit theorist. And to add: “I think that we have put in place a good technological method and I really hope that we will be able to export it to a capitalist country. I find that France should quickly adopt our social credit system, to regulate social movements. There would never have been the yellow vests, we would have detected that before they act.

According to this researcher, Cambodia, Sri Lanka, Chile and Poland would be interested in this system. Gradually, the Chinese Big Brother is exported. China is currently developing a huge trillion dollar investment plan to boost its trade with the rest of the world. Thanks to this project called The new digital silk roads by Xi Jinping, 60 to 80 countries should be able to benefit from Chinese surveillance technologies.

The situation has in any case attracted the attention of a Geneva lawyer, Maître Yacine Rezki. He defines social credit as “a school of legal thought that would like to take away from individuals their free will with incentives that would aim to standardize human behavior, in essence involving mass surveillance.”

According to him, road traffic would be a good starting point. He takes the example of the black box on vehicles. The press recently talked about it, the new cars put on the market from July 2022 will be equipped with an accident data recorder, like the one present in planes. Everything will be recorded there, acceleration, speed, braking, use of turn signals. For Master Rezki, “we could trace all behavior, and assign each driver rewards or sanctions”.

In Switzerland, would our Constitution allow such a drift? For Yacine Rezki, the answer is yes. “One can quite imagine that a federal law could go against certain constitutional principles. It was a will of the legislator to say that it is not up to the judges to determine whether a law is contrary to the Constitution or not, we trust the parliament and the people who are the safeguards.

This leads us to a situation already observed in the pandemic context, if we vote for the application of laws contrary to the Constitution, then we are no longer its guarantors, we authorize its violation.

Some argue, however, that social credit is impossible in a democracy. It remains to be seen what definition we give to this word. For the Geneva lawyer, social credit is not impossible in a democracy if it is reduced to being able to vote. “If, on the other hand, we admit that democracy is the right to free will, to personal sovereignty, a real counter-power, transparency and the possibility of going back on certain processes, then no, that is not compatible”.

Stéphane Werly, cantonal data protection officer for the canton of Geneva, sees similarities with the reward system in the field of health. “For some years, on a voluntary basis, connected watches have been offered by health insurance companies in exchange for discounts. The problem with these watches is that the data goes to the cloud and, potentially, anyone could see that you’re running 3 times a week or on the contrary that you haven’t done your 2′ 000 steps a day and you have gained 2 kilos.

Alexis Pfefferle, a lawyer by training, active in the field of digital security, wrote a very interesting article in 2018 entitled “The connected watch, queen of spies“. According to him, the fact that you run 10 km per day has no interest, the obligations of the basic insurance remain the same. What has value comes from GPS. “Streaming geolocation metadata is an unsuspected mine of very personal information.”

Asked about the observations of Master Rezki, Stéphane Werly confirms certain fears. “It is true that we have already seen a form of social credit with the Covid certificate. Unlike the latter, the Federal Council could not enact rules of law in the form of an ordinance to establish social credit. Only a law, subject to an optional referendum, could allow this. But it seems unlikely to me that we will arrive at a situation like in China, we are still in a different regime and we would need a clear legal basis. For example, could those who smoke still buy cigarettes? What if I have significant mortgage debt, is that good or will I be ostracized? Otherwise it would be the beginning of arbitrariness and, indeed, the risk of falling into the Chinese system.

From the point of view of data protection, the officer notes an increase in abuses. “Unfortunately, you often hear people say: I have nothing to be ashamed of, so you can take all the data you want. There is a huge increase in cameras everywhere. Nevertheless, there are rules to respect, the installation of the camera must be justified, we must in particular warn you that you are being filmed, in the context of schools, the video surveillance system must not be turned during lessons.

“First, there must be peace and stability, that everyone can live well. And only after that, we will think about human rights”, according to the social credit theorist. In Switzerland, have we lived too long at the top of the pyramid of maslow, too disconnected from the reality of physiological needs to be aware of the changing winds? If we only know freedom, are we able to identify in time a restriction of our rights? Are we ready to accept all technologies, to be offered Trojan horses? With the development of digital wallet determined to prevail everywhere, and the other services offered by Chinese unicorns (in economics, means a startup in new technologies, valued at at least a billion dollars), aren’t we crossing the red line ? Isn’t this the time when the sirens sound to wake us up? If we live in a democracy, it’s not too late to stop the machine, unless that too is just another chimera.

To go further: three questions to Me Yacine Rezki

Would Switzerland have a choice if the European Union were to introduce social credit in a generalized way?

As Switzerland is part of a geopolitical whole, it could be forced to take it over in one way or another. Moreover, we can see it, the black boxes in vehicles, it is a rule of the European Union that Switzerland is adopting, we have aligned ourselves.

Are we going to be subjected to it in another way?

The Chinese state plans to impose a form of social credit on foreign companies wishing to collaborate with it, which means that Western companies will be made aware of this mechanism.

What worries you about that?

This new current of thinking about law could apply to all areas. We no longer sanction but we encourage. However, the sanction is very framed, there are procedural rights and protection mechanisms. Let’s assume that there are only rewards left and everyone can get them, it becomes the norm and not getting it becomes a punishment. With the Covid law, we saw that being able to go to a restaurant was presented as a reward. But when the rewards become what once was a right, then that’s problematic.

Coming from China, social credit is spreading in Europe