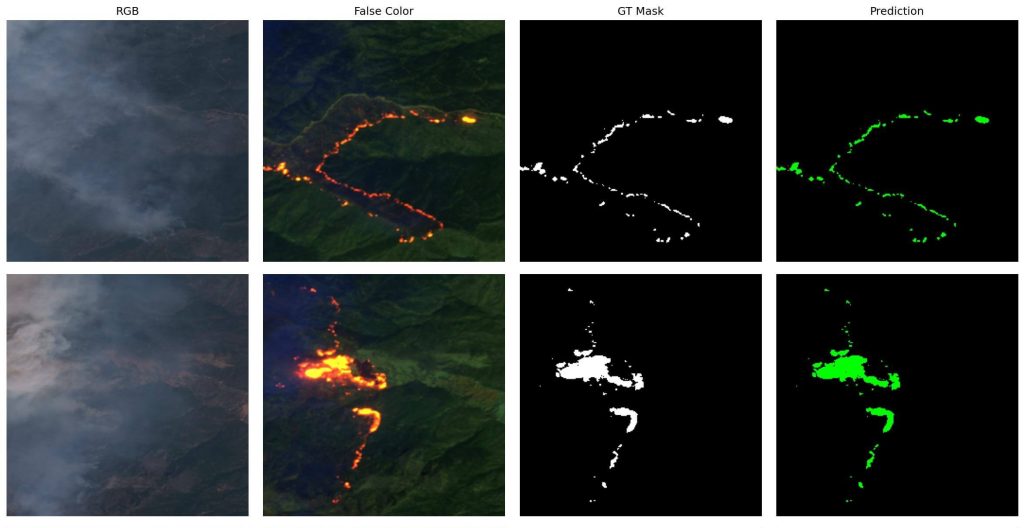 France experienced very significant heat waves this year, including a very early one. With climate change, this phenomenon is likely to recur every year, increasing the risk of forest fires, which we unfortunately saw this summer. IRT Saint Exupéry is studying technological solutions based on AI and artificial neural networks to detect forest fires as early as possible from satellites in orbit. He presented the results of this work in the article presented at CNIA 2022: “Model and dataset for the multi-spectral detection of forest fires on board satellites” and decided to make the model accessible to the scientific community to strengthen research on this subject.

Following a call for applications, the project was selected to carry out in-orbit demonstrations as part of the OPS-SAT mission. This nano-satellite, launched on December 18, 2019, is only 30 cm high, is equipped with an Intel Cyclone-V (“System On Chip” or SoC) computer, as well as a small step-by-step camera. 50 meter sampling. The CIAR team contributed to the development of AI solutions embedded in the satellite.

It is estimated that the number of forest fires could increase by +50% between now and 2100. Houssem Farhat, Lionel Daniel, Michaël Benguigui and Adrien Girard were interested in remote sensing of these fires on board a satellite in order to identify early warnings directly from space.

They trained a UNet-MobileNetV3 neural network to segment a set of 90 multispectral images from Sentinel-2, a series of European Space Agency Earth observation satellites developed under the Copernicus program funded by the European Space Agency. EU. They annotated these images semi-automatically and then checked them manually.

Sentinel-2 images were downloaded from Sentinel-Hub’s OGC WCS API, and their GSD (Ground Sampling Distance, in meters per pixel) ranges from 40 to 80m. The images were then cut into 256x256px patches and distributed within three different datasets in order to train, validate and test an AI reaching an IoU performance of 94%.

The network was then deployed on an onboard GPU in a low orbit satellite.

A second dataset version was produced after the publication of the paper published during CNIA 2022. Sentinel-2 images were downloaded from the Copernicus service, at the maximum resolution, and at the L1C processing level. The team recommends the use of this second version for any future research, since all the patches of the dataset here have a constant GSD equal to 20m.

The IRT has also decided to publish all the datasets: