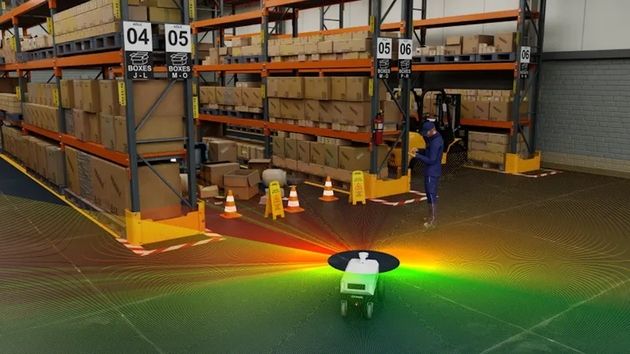 Nvidia has announced updates to its robotics simulation tools that will allow companies to build and test virtual robots in a variety of realistic environments and operating conditions, all safely in a cloud environment.

Revealed at CES, improvements to isaac simNvidia’s robotics simulation toolkit, include the ability to simulate the behavior of people in environments such as warehouses or manufacturing plants, to help collaborative robots (cobots) or autonomous mobile robots understand and identify common behaviors and potential barriers they will face in the real world.

According to Nvidia, improvements to the robotics platform will accelerate the development and deployment of autonomous robots by making it easier to develop, validate and deploy the artificial intelligence (AI) that powers them, ensuring they can operate successfully. and safely in various environments.

“Simulation is the essential technology that will enable the development of the complex software systems that will power the next wave of smarter, more autonomous robots. In simulation, virtual robots have a proving ground for their complex software stacks and multitude of AI models,” said Gerard Andrews, senior product manager at Nvidia.

By adding simulations of human behavior and interaction in environments, such as picking up and moving objects, pushing carts, and moving to new locations, it is possible to test how adding robots to the environment might play out. unfold, without endangering people.

Common events – like people interacting with industrial environments or moving through a warehouse – and less common events – like unexpected emergencies and other scenarios – can be simulated to help build robots that can react in different ways. manner appropriate to situations in sometimes very busy environments.

This allows simulated worlds to be based on physically accurate sensor models, minimizing the differences between the simulation and the real environment, to ensure robots are trained as accurately as possible.

Virtual robots accessible on the cloud

Built on Nvidia Omniverse, the company’s platform for building and operating applications from the metaverse, Isaac Sim is accessible via the cloud, giving teams working on robotics projects the ability to collaborate with accessibility, agility and scalability to test and train virtual robots.

“With access to the cloud and its vast set of photoreal and physically accurate simulation capabilities, Isaac Sim is poised to establish new methodologies for developing intelligent robots,” said Gerard Andrews.