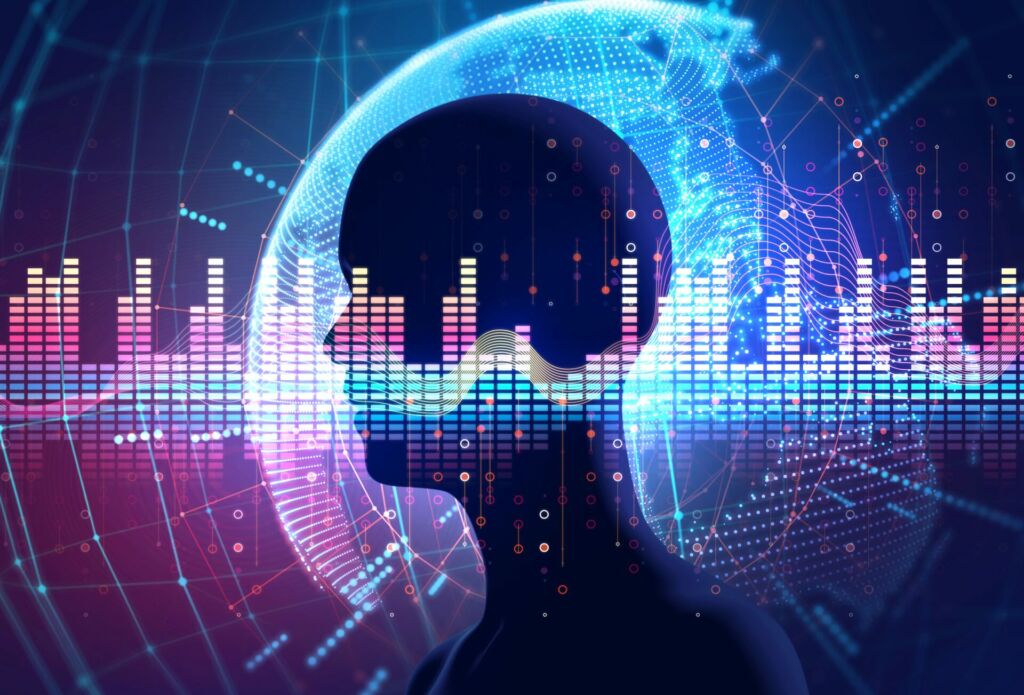 Can robots be creative? Beyond the philosophical question, artificial intelligence has begun to disrupt the music industry in many ways. And lets dawn a new revolution in sight.

Will the next hit hit be… inhuman? Will an artificial intelligence (AI) imagine the song and the music that will dislodge Aya Nakamura, Harry Styles, Lady Gaga or Slimane in the Top 50 and upset the ranking of the best songs of all time? There are currently no examples of planetary musical success signed by an AI, but it has already been inviting itself for several years in the music industry and transforming it from the inside.

About 30 years after the release of the album nevermind of Nirvana, an artificial intelligence imagined in 2020 a new song, Smother, generated by the software Hal 9000. This one was based on the whole of the lyrics of the group and used a random mathematical process called “chain of Markov” to write a piece “in the style of”. If the result is not stunning resemblance to the work of Nirvana, the ability to create words and music was already promising three years ago.

In 2021, a student from the École polytechnique fédérale de Lausanne (EPFL) developed, using artificial intelligence, a version 10.1 of 10e Beethoven’s unfinished symphony. “A common thread is missing. There is this somewhat conventional side to the music. A lack of structure. There is the absence of this brilliant side of the composer », had then judged the conductor Guillaume Berney. Since then, artificial intelligences have made a great leap forward and are capable of much more.

Artificial intelligence is now being used in a wide variety of ways in the music industry. We can count at least six distinct uses:

• The transcription of the music: it is possible to use AIs to transform audio recordings of songs into written scores. A function that can be particularly useful for composers or music publishers. This is the case of Klangio.

• Musical analysis: AIs can be used to extract information about a song’s structure and characteristics, such as the keys, tempos, and chords used. The service Kyanite is part of.

• The music recommendation: audio streaming services like Spotify, Apple Music or even Deezer use artificial intelligence to recommend music to you based on your tastes and your listening history.

• The creation of new musical instruments: AI can also use a knowledge base to imagine new artificially controlled instruments. This is the case for example in the Metaverse Patchworld.

• Improving the asynchronous or live performance of musicians: the AI ​​is also able to transform the voice of a singer or the music of an instrument like an autotune system with much more advanced capabilities. In 2022, during the Sónar Festival in Barcelona, ​​when Mat Dryhurst took the microphone on stage and started singing live, it was not his usual voice that came out of the speakers but that of his wife, the electronic musician and technologist Holly Herndon. It was a live performance by Holly+ projectan experience that takes one sound and transforms it into another while retaining some of its characteristics.

Can artificial intelligence every creative?

This is the question that keeps coming back. Can an AI have some form of genius? This philosophical problem applies to all generative AIs capable of creating art, whether visually, through words or sounds. “You can take any tool and turn it into an art”, assures Benoît Raphaël, founder of Flint, an artificial intelligence project for the media. Designer Geoffrey Dorne abounds: “Insofar as, for each request, the result will be different with an artificial intelligence, there can be “accidents” which are small miracles. » The random variable of the algorithm can then be compared to creativity, “unbeknownst to its own free will” in a way.

Quoting the American painter James Abbott McNeill Whistler, the Argentinian writer Jorge Luis Borges liked to recall that: “Art bursts in. It takes place. Art is a small miracle… which somehow escapes the organized causality of history. Yes, art either happens or doesn’t happen. It does not depend on the artist. » After all, art is also the way the public sees a creation. And its uniqueness.

Broadcast: when AI composes music by visualizing it

At the border between science and culture, the Riffusion project stands out. It is based on the very powerful and very popular AI Stable Diffusion, competitor of DaLL-E 2 and MidJourney. This is a music generator that works from text prompts. It creates a visual representation of sound and converts it to audio for playback. This is called a sonogram (or spectrogram), or the image of a signal in a frequency-intensity representation, as a function of time.

As it is a visual, Stable Diffusion knows how to analyze and transform it. The two founders of Riffusion, Americans Seth Forsgren and Hayk Martiros, trained the AI ​​to make the link between sonograms and the description of the sounds or musical genres they represented. Thanks to this, Riffusion is able to generate new music on the fly based on text prompts (or prompt in english). Just describe in a sentence or a few words the type of music or sound you want to hear. For example, “ragtime in the style of Scott Joplin”, “Ibiza at 3 am” or “acoustic violin”.

On the screen, we see the suggestions submitted to the AI ​​by Internet users and their visual representation in a sonogram… while listening to the audio result. This one is a little weird, pretty basic. But it has the merit of suggesting a creative universe that is just as fun and imbued with freedom as generative image AI. With one constant: the quality of the prompt has a lot to do with the “art” that results from it. Proof that genius is still the prerogative of the human brain. For now, at least.