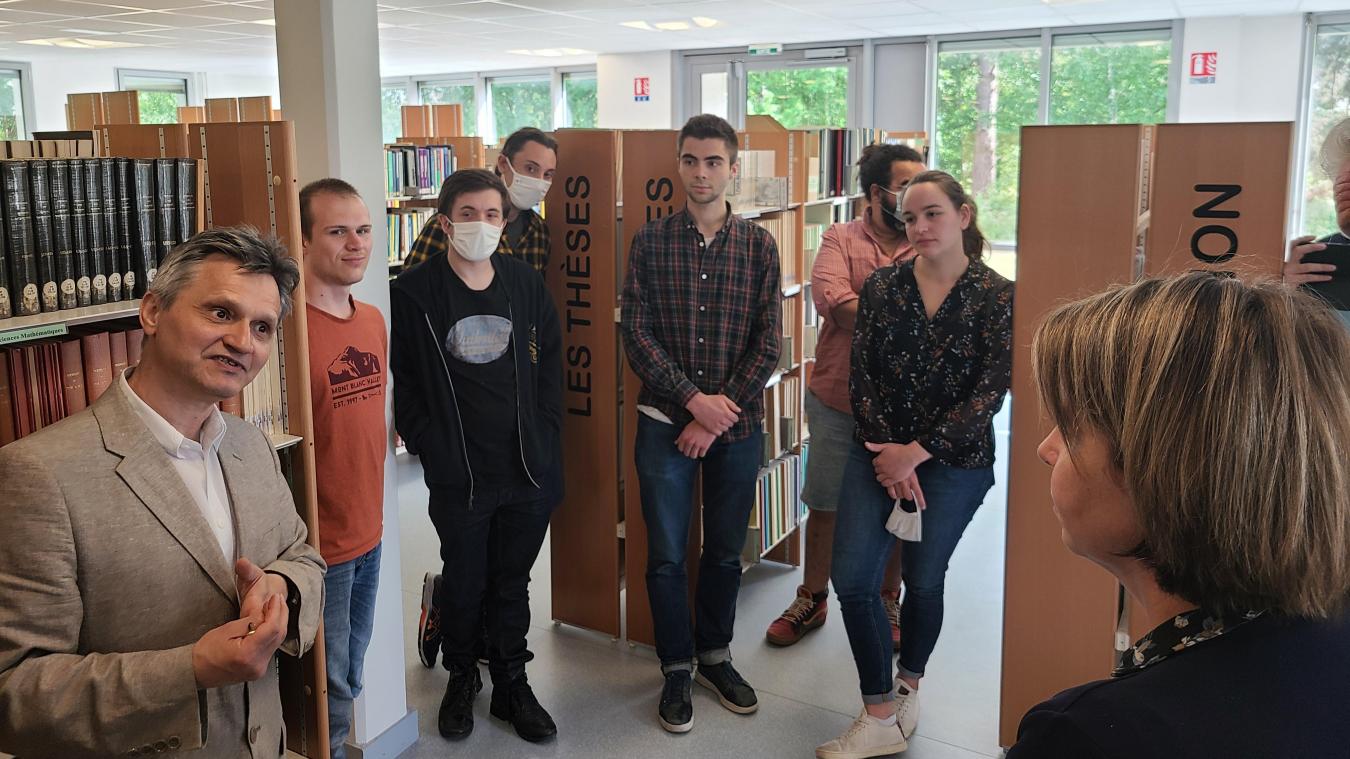 The Raphaël-Salem mathematics laboratory of the University of Rouen Normandy presented, Thursday, May 12, 2022, its research on artificial intelligence and their concrete applications.

The director, Ionut Danaila insisted on the importance of the young generation of mathematicians within the Raphaël Salem laboratory – Photo Éléonore Aparicio/PN

While the final year students were looking at their subject of the baccalaureate in mathematics, the Raphaël-Salem laboratory, presented, Thursday, May 12, 2022, its latest research on artificial intelligence. The LMRS laboratory, which depends on the CNRS, is made up of 66 permanent members and collaborates with industry and other disciplines such as biology, physics and the medical field.

Among the team of researchers from Saint-Étienne-du-Rouvray, some work on random geometry and more particularly the Voronoï mosaic, which makes it possible to represent and analyze spatialized data such as telecommunication networks. This mosaic is also observed in nature on the spots of giraffes that mathematicians call Voronoi cells. Others work on partial differential equations that describe various natural phenomena. They are used to understand the dynamics of populations on the verge of extinction, but also make it possible to simulate the melting of the ice.

“Mathematics is everywhere. All branches of science make use of mathematics. support Ionut Danaila, director of the Raphaël-Salem laboratory. The team is currently working on software that would detect, using drones and thermal cameras, the presence of marl pits in Normandy. A simpler and less expensive method than the drilling currently used.

From mathematics applied to artificial intelligence

Since 2019, the laboratory has also contributed to the project datalab which brings together companies, laboratories, universities and local authorities who want to facilitate the use and processing of data by artificial intelligence. The mathematicians wish to develop the laboratory’s internal skills in artificial intelligence and produce two digital demonstrators which will be made available on the open source Datalab platform. For example, they will make it possible to improve the thermal regulation of buildings and to anticipate stock market prices.

To carry out all its research, the laboratory of the University of Rouen Normandy has half a million euros at its disposal every year. The Normandy Region, represented yesterday by its vice-president Julie Barenton-Guillas, and the European Union are contributing 99,207 euros.

At the University of Rouen, the mathematics laboratory presented its latest research on AI