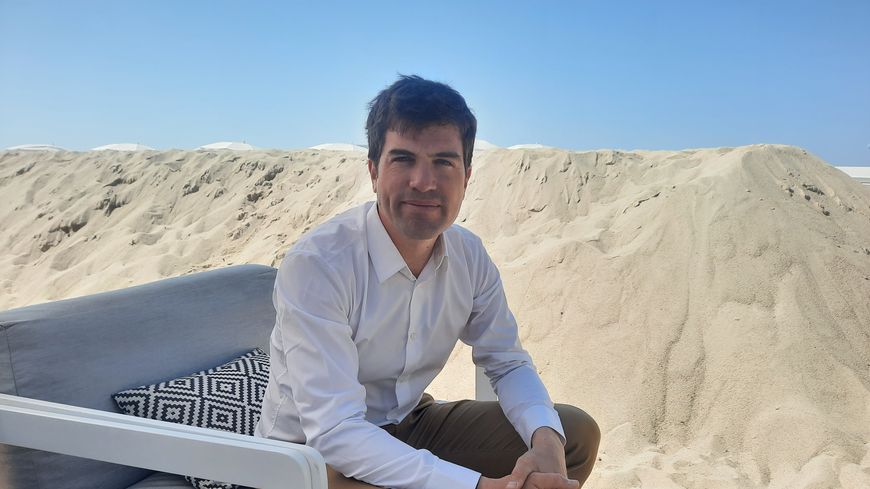 From now on, artificial intelligence is no longer a simple movie character. It appears more and more in the process of creating films: project assistance, development of subtitles, dubbing, crowd generation in a scene, aging or rejuvenation of faces… Certain tools were presented during the Marché du film at Cannes this year. Meeting with specialists in this technology, which is no longer truly futuristic.

An artificial intelligence to assess the success of a film project

That day, the large conference room of the Film Market is packed. On the stage, producers take turns presenting their film projects. A few seconds later, behind them, a series of numbers appear on the screen, indicating the success potential of the film presented.

Sami Arpa, CEO of Largo, a start-up based in Switzerland, comments on the results. He first pitched the idea of ​​an AI medium at Cannes in 2019; three years later, he returns with his realization.

“First, it’s an assistive tool, artificial intelligence does not replace the creative process, he wishes to clarify. Producers or distributors can use it and analyze their project at all stages: from development to distribution. For example, at the pre-production stage, they can upload their film’s script to the system and the system automatically provides them with information about the content, the cast chosen, and also potential box office results or streaming platforms or even the type of audience that might be interested in the film.”

To allow this artificial intelligence to analyze any project, 60,000 films were presented to it, all genres combined, good ones but also bad ones or in any case considered as such. For the moment, these works come only from Europe, North America and Latin America. Films that never came to fruition and remained at the script stage were also included, so that the artificial intelligence would be more efficient. Its results are around 80% efficiency, says Sami Arpa.

Computer scientist but also filmmaker, Sami Arpa saw the potential of this innovation by observing what already exists in platforms. “Amazon and Netflix use a lot of data, innovation, noted the founder of Largo. And that’s disrupting the industry. These data and technologies are not available to others. So that was our mission: to make technology available to the entire industry.”

Without revealing the precise figures, the CEO affirms it: hundreds of producers today use his artificial intelligence and in one year, around 1,000 projects have passed under his analysis. This is the case, for example, of the film project by Francisco Hervé, a Chilean producer, impressed by the device, who judges “extraordinary a computer that talks about your project”. Artificial intelligence, for example, has given figures to know if the chosen actor corresponds to the character… And Francisco Hervé intends to use it to convince “its partners that our film will be a success, even if it’s not me who says it but the computer!”

In France, the CNC is helping to develop AI

In France, to support companies that develop such technologies, the CNC – National Center for Cinema and the Moving Image – sets up various support, especially for tools. “It is an accompaniment in the risk, says Vincent Florand, digital director at the CNC, because the projects are often quite risky and sometimes take time to pay off”.

Aid for visual effects has also been introduced to encourage producers to use these technologies. And support for training has been launched. The CNC hopes to attract profiles still far from this environment and estimates that the number of jobs in the sector will double by 2030. At the CNC, eight million euros are dedicated each year to innovative and technical projects as a whole as well as than ten million euros in production aid.

But isn’t the arrival of artificial intelligence likely to lead to the disappearance of certain jobs such as translators or dubbers? “They’re not going away anytime soon” assures Sten Saluveer, the manager of Cannes Next, the branch dedicated to innovations at the Cannes Film Market. “In the first instance, what is in danger of disappearing are the more manual things, like what is synchronization, these kind of very mechanical things. But there will always be a human who will have to supervise the process because artificial intelligence isn’t very good at making contextual decisions.”

He then cites the example of the famous Korean film translator Darcy Paquet. In the movie Parasitehe coined a word for a Korean noodle dish. “We need human intervention for that, to know why that creative decision is better than another. But in terms of converting, automating, preparing assets for editorial decisions, there are already solutions that save thousands of hours of work and I think that’s really good.”

Read also :
Deepfake: the true and false of a revolutionary technology

Diving into the metaverse

“Cinema feeds on what happens in video games where these technologies have been very present, for longer and cinema, animation, video games respond to each other. There is a very interesting convergence on technologies. Even if in the end, the works are very different and the way creators use these tools is very different” notes Vincent Florand of the CNC. And just like in the video game, the technology of the metaverse is gradually gaining the film industry.

Sten Saluveer, of Cannes Next, does not hesitate to talk about “new era” which he describes as “reality rendered in real time”. “It’s real-time in the sense that it’s happening now. It’s real or at least it is visually. And it’s computer-made. This new technology is becoming very accessible. Now, instead of shooting in the desert or by the sea, you can reproduce these places in a very realistic way anywhere. It will change the type of films that we see, the type of creativity and it will also change the making of films , how they are financed or produced.”

But if for a scene that takes place in Paris, New York or Seoul, rather than being there, the actors and actresses are immersed in the metaverse, won’t the cinema lose its authenticity?

A very philosophical question for Sten Saluveer, who is certain “that the cinema will still change a lot”. He predicts the arrival of a “meta-cinema” where the viewer can somehow take part in the film.